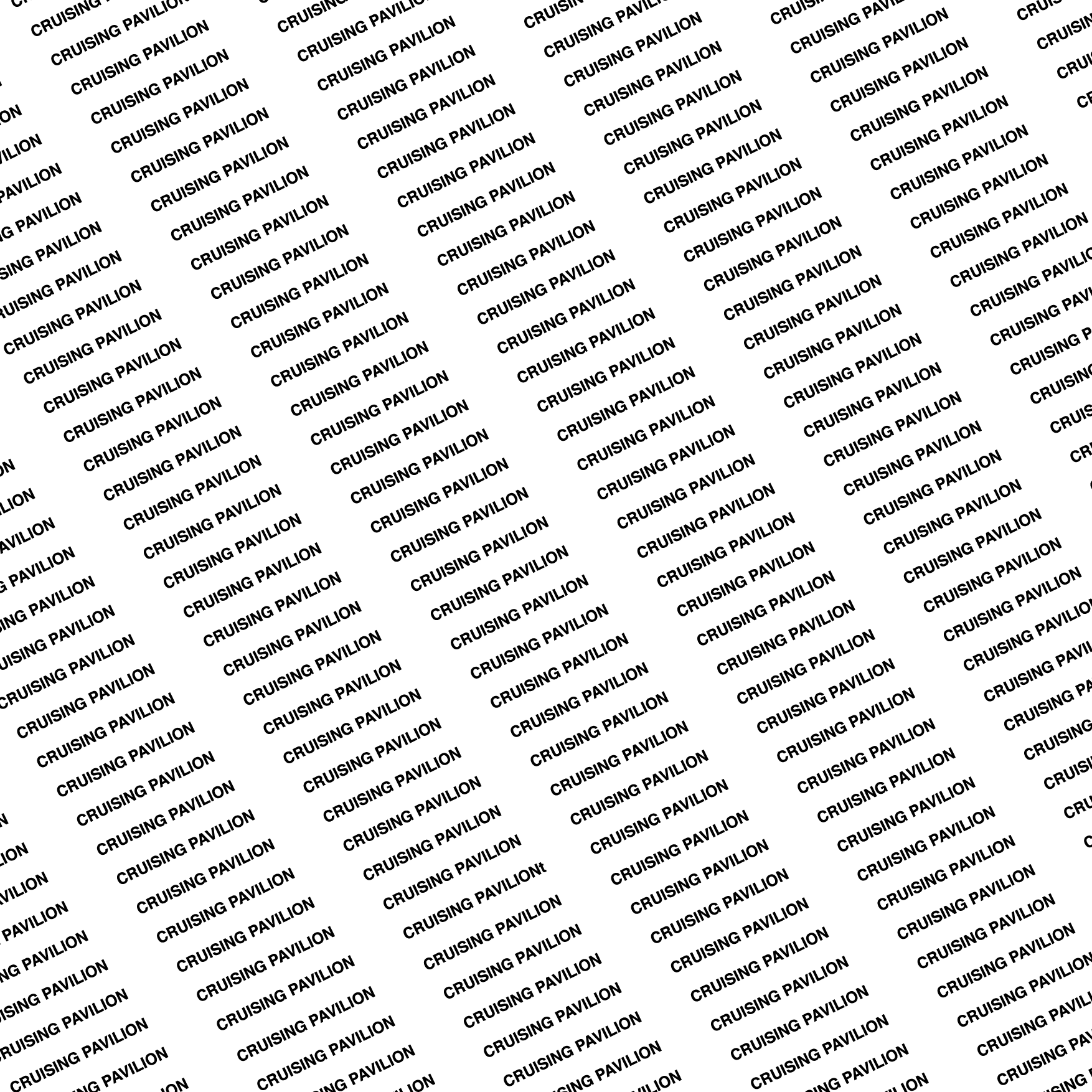 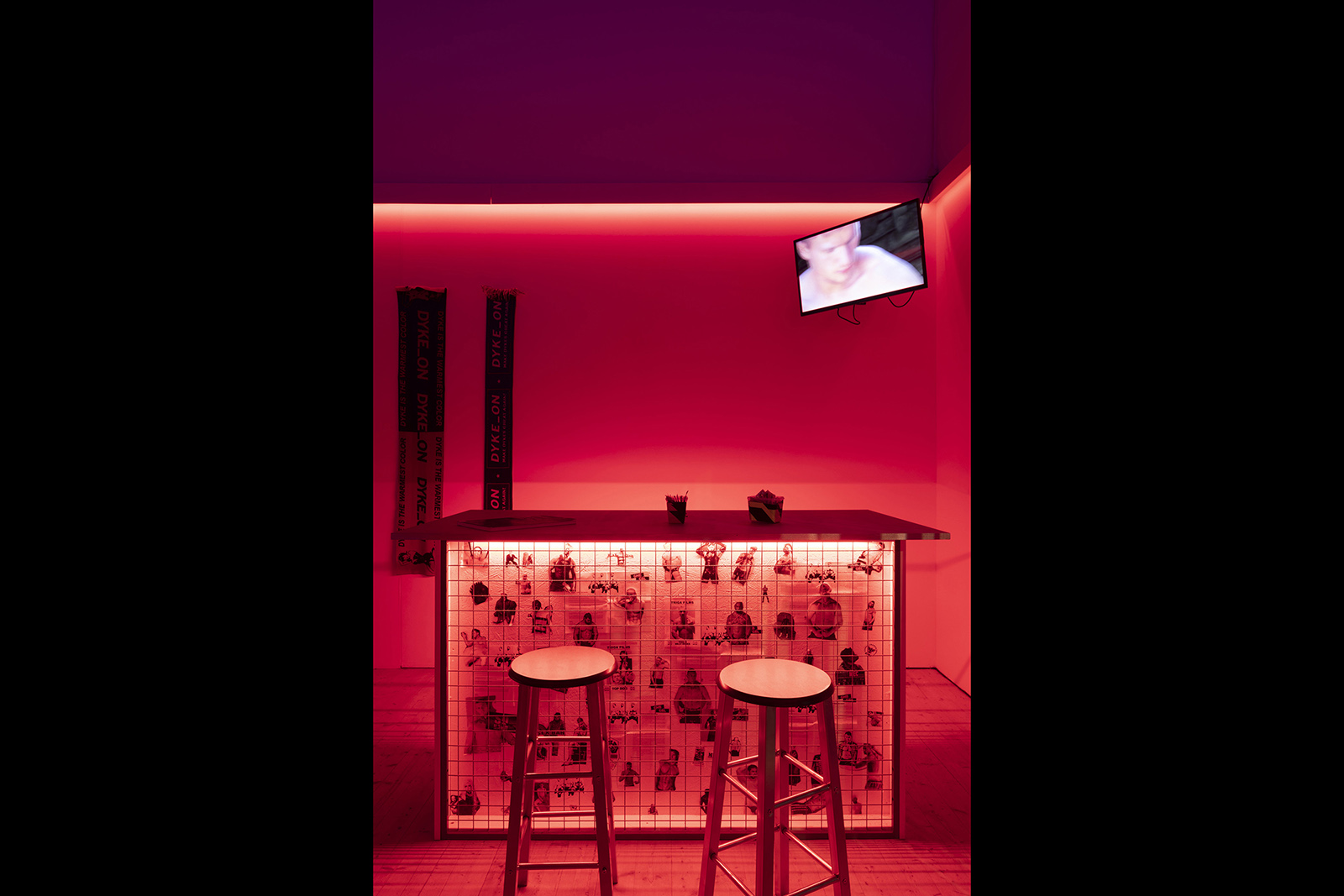 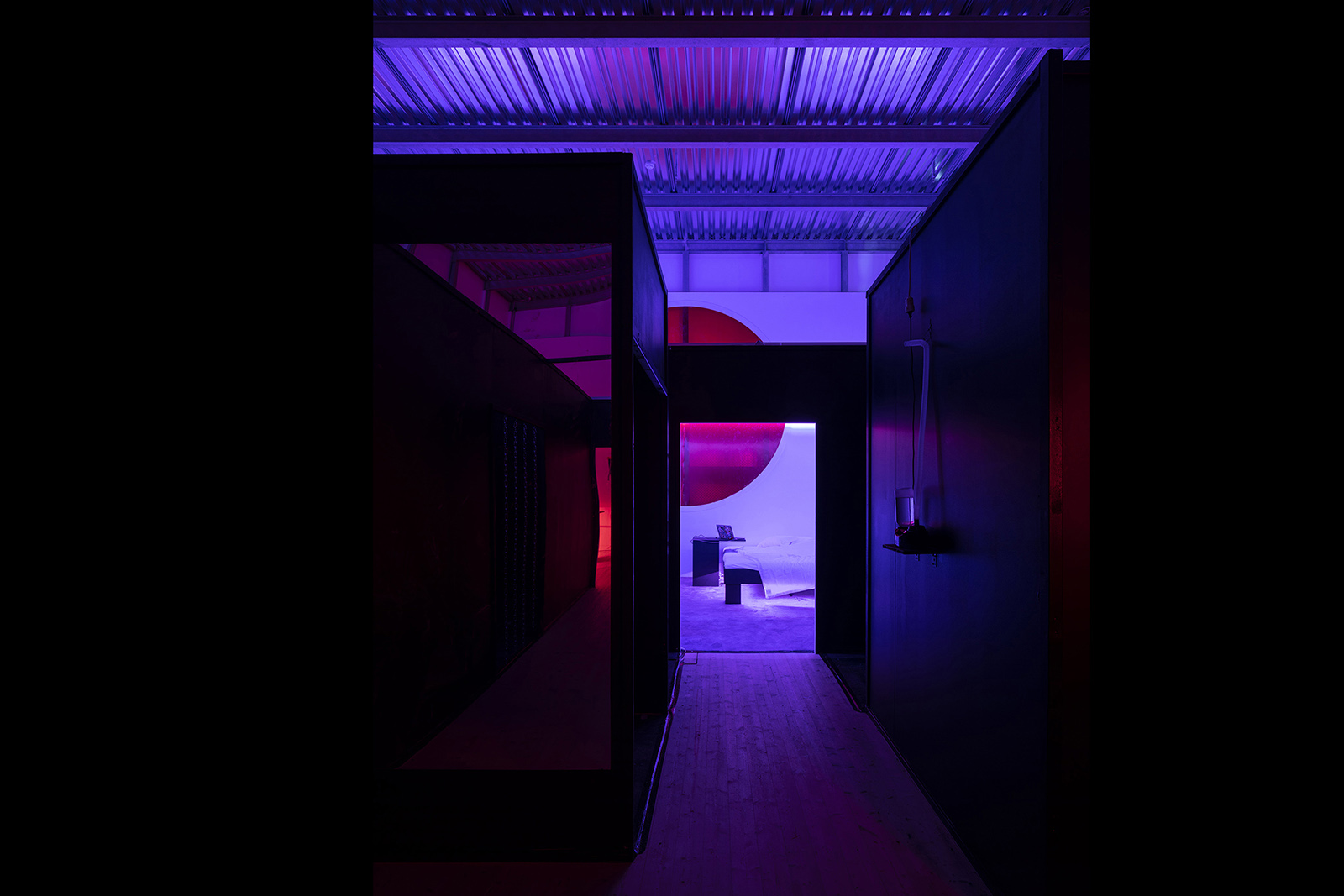 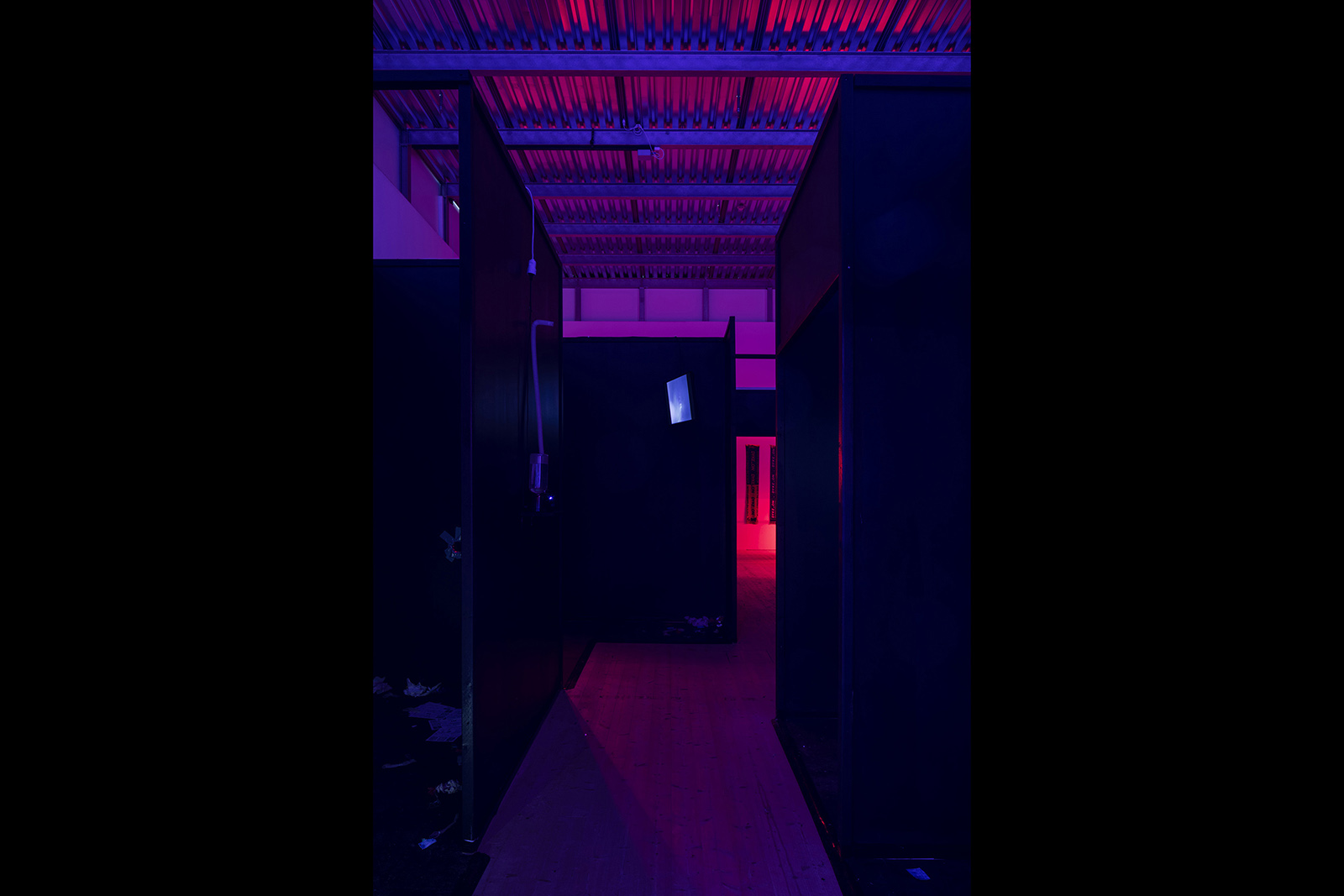 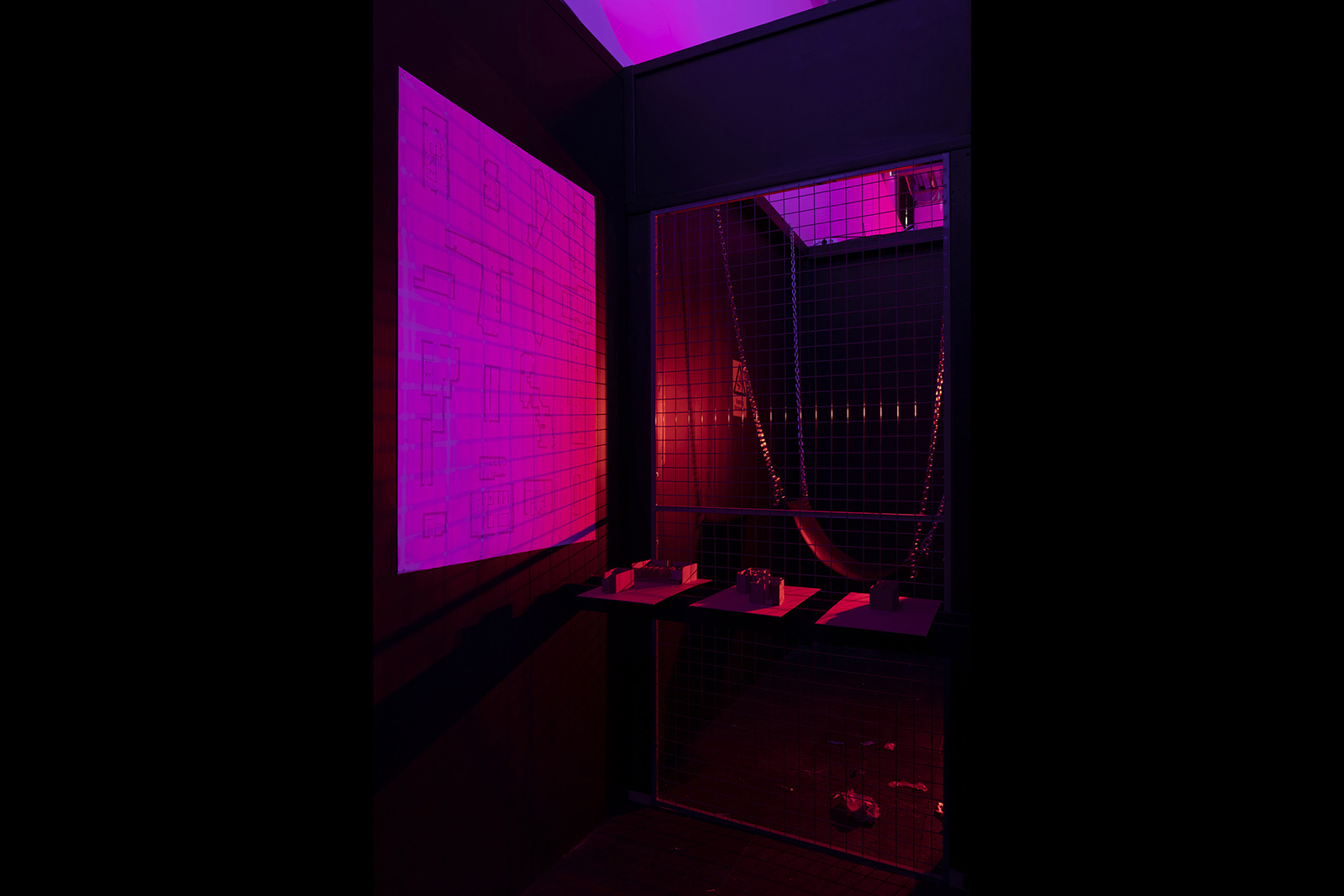 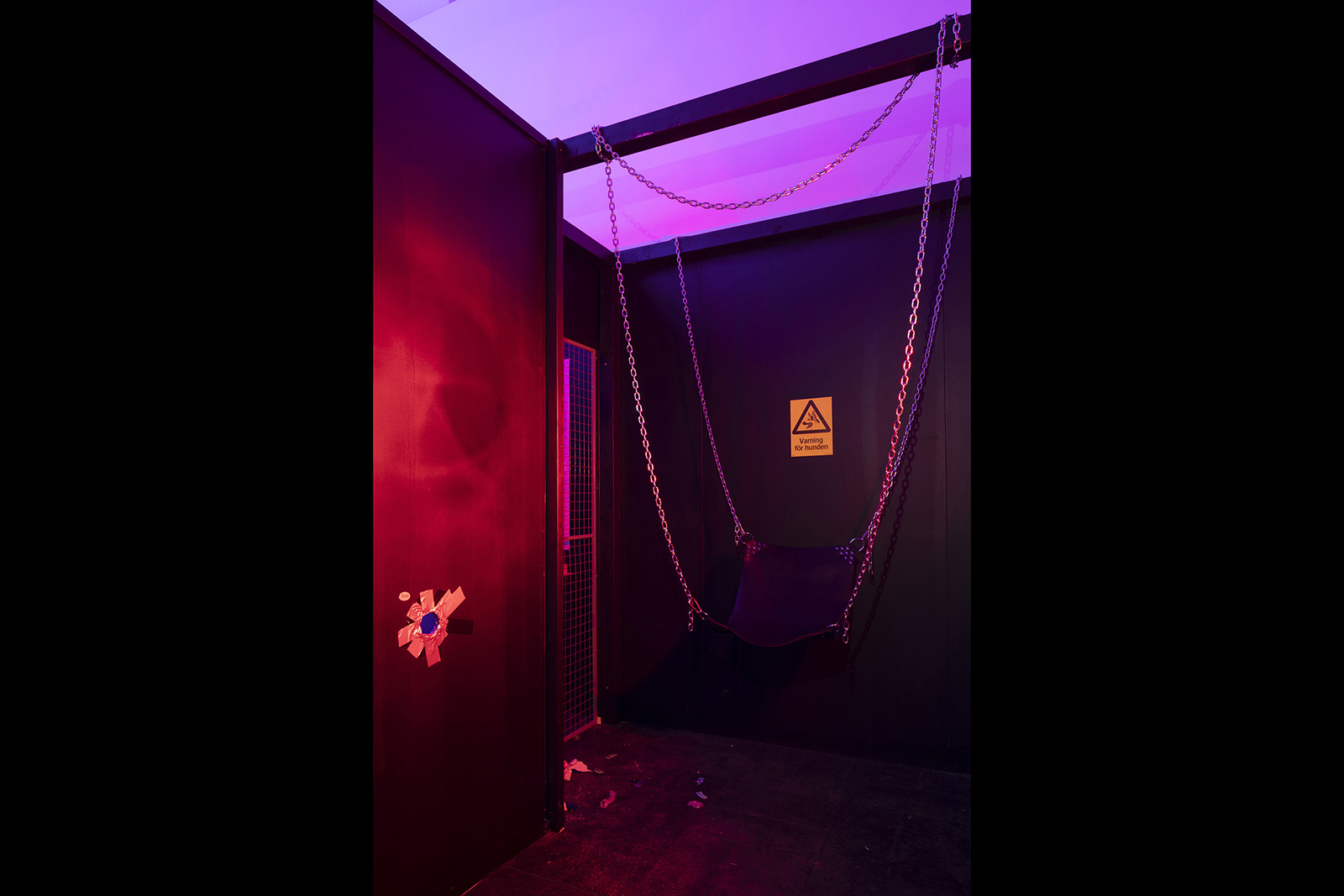 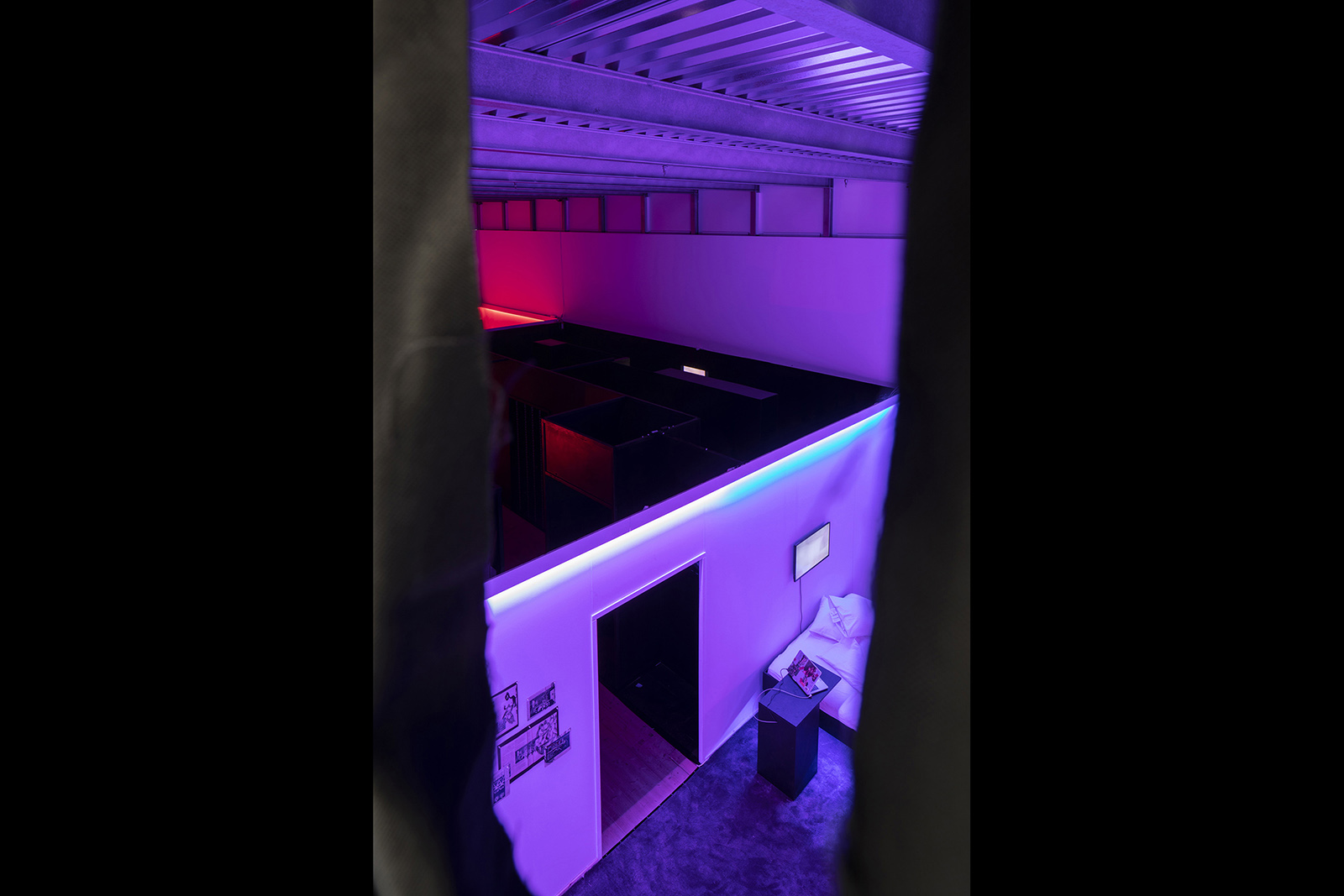 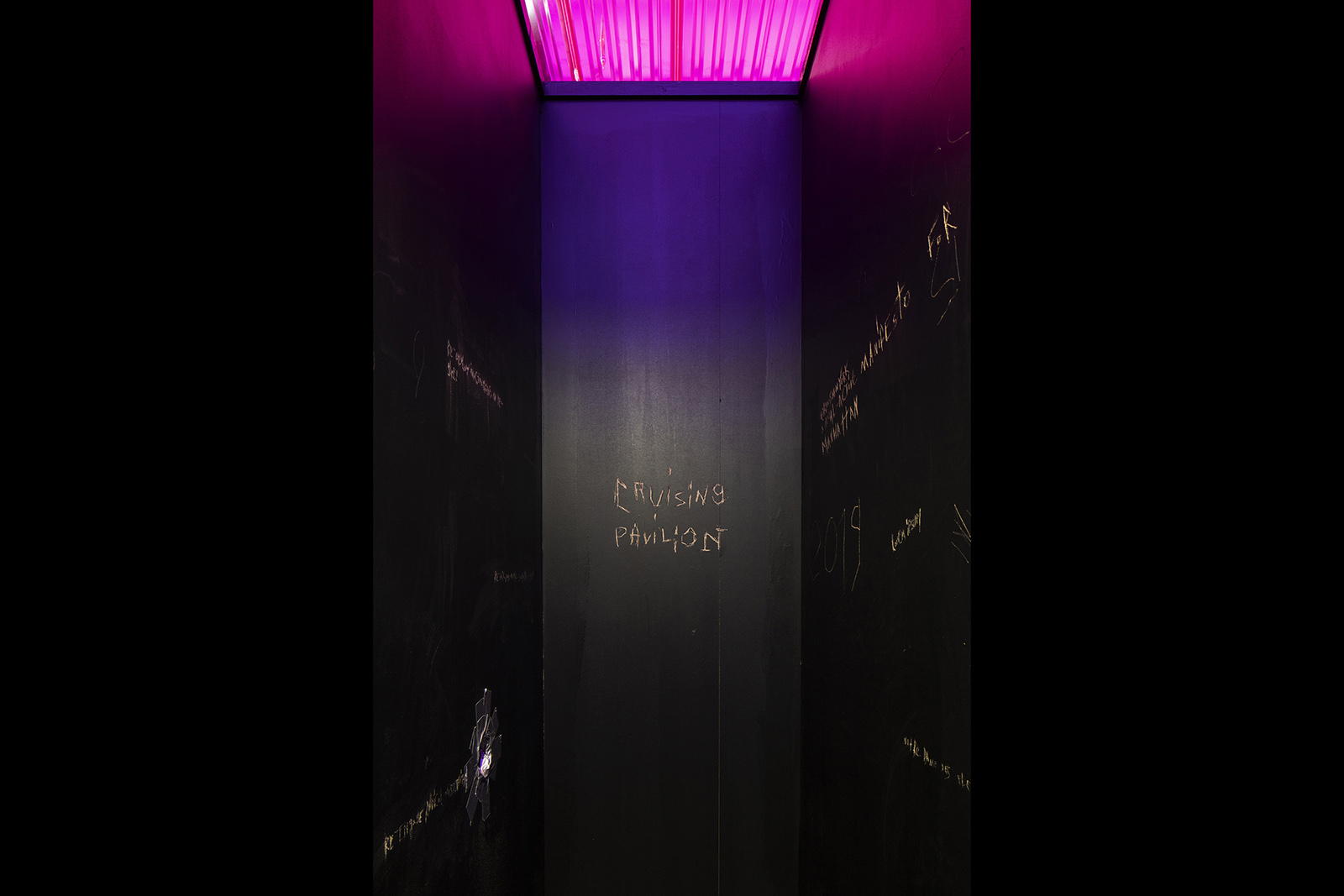 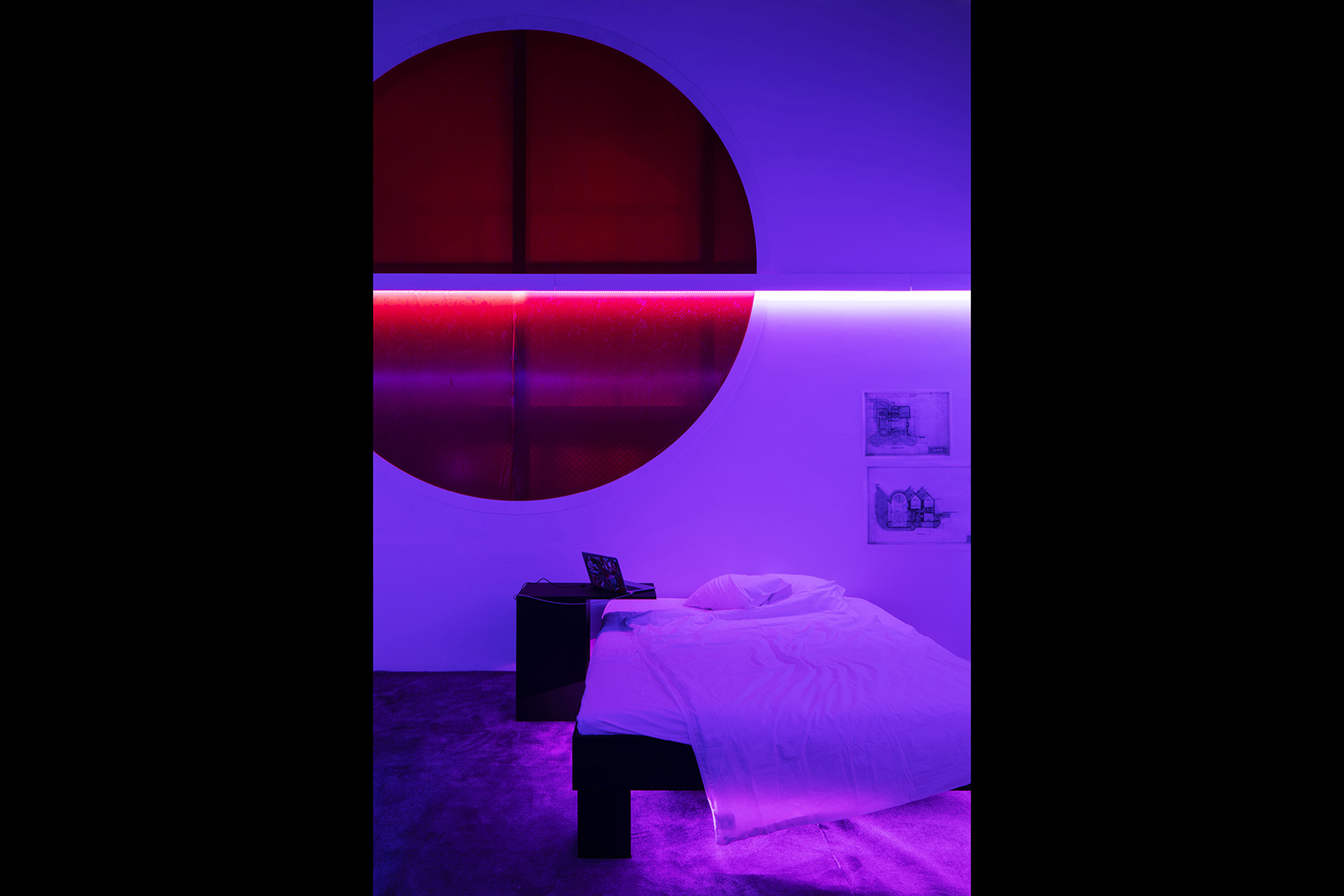 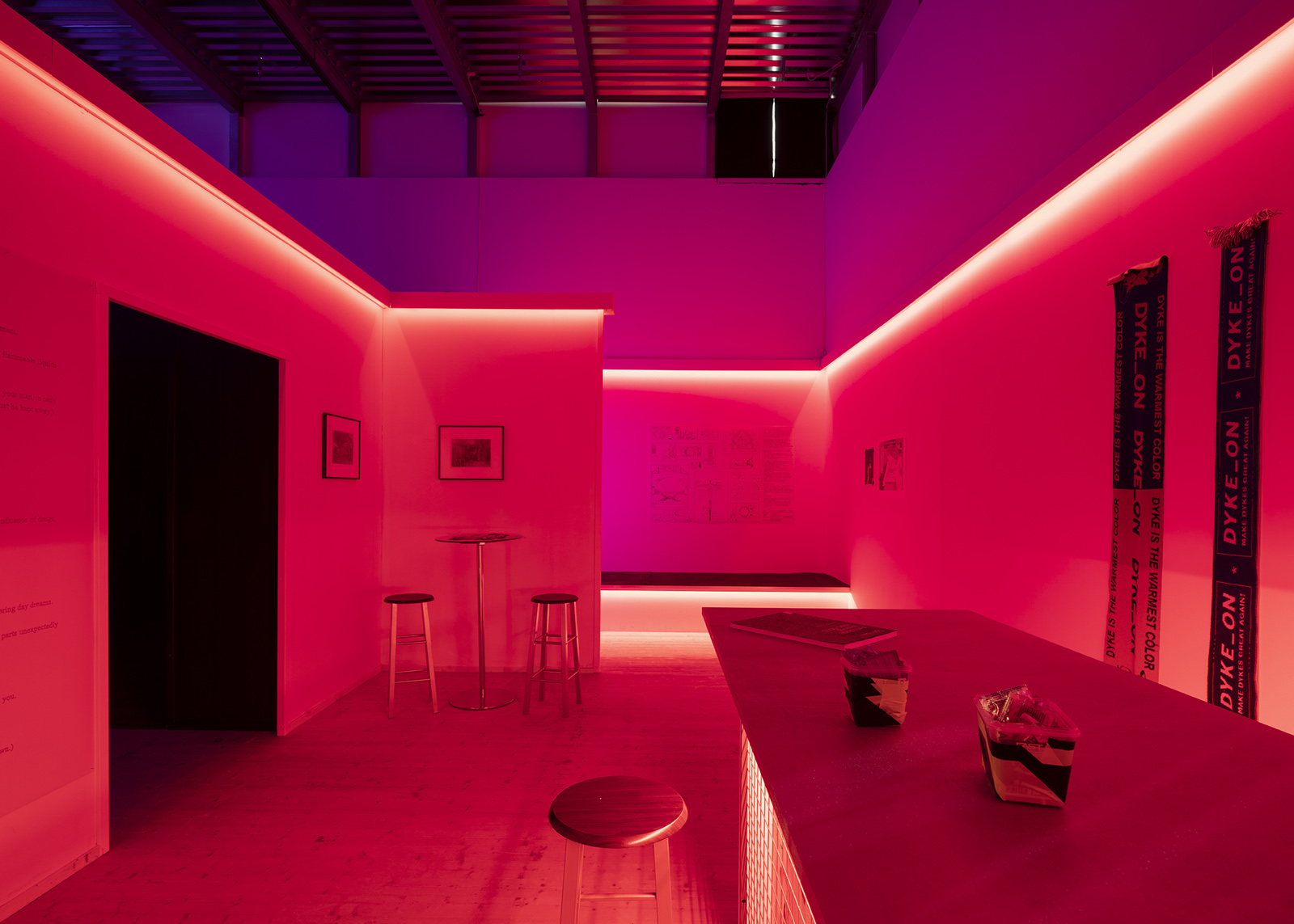 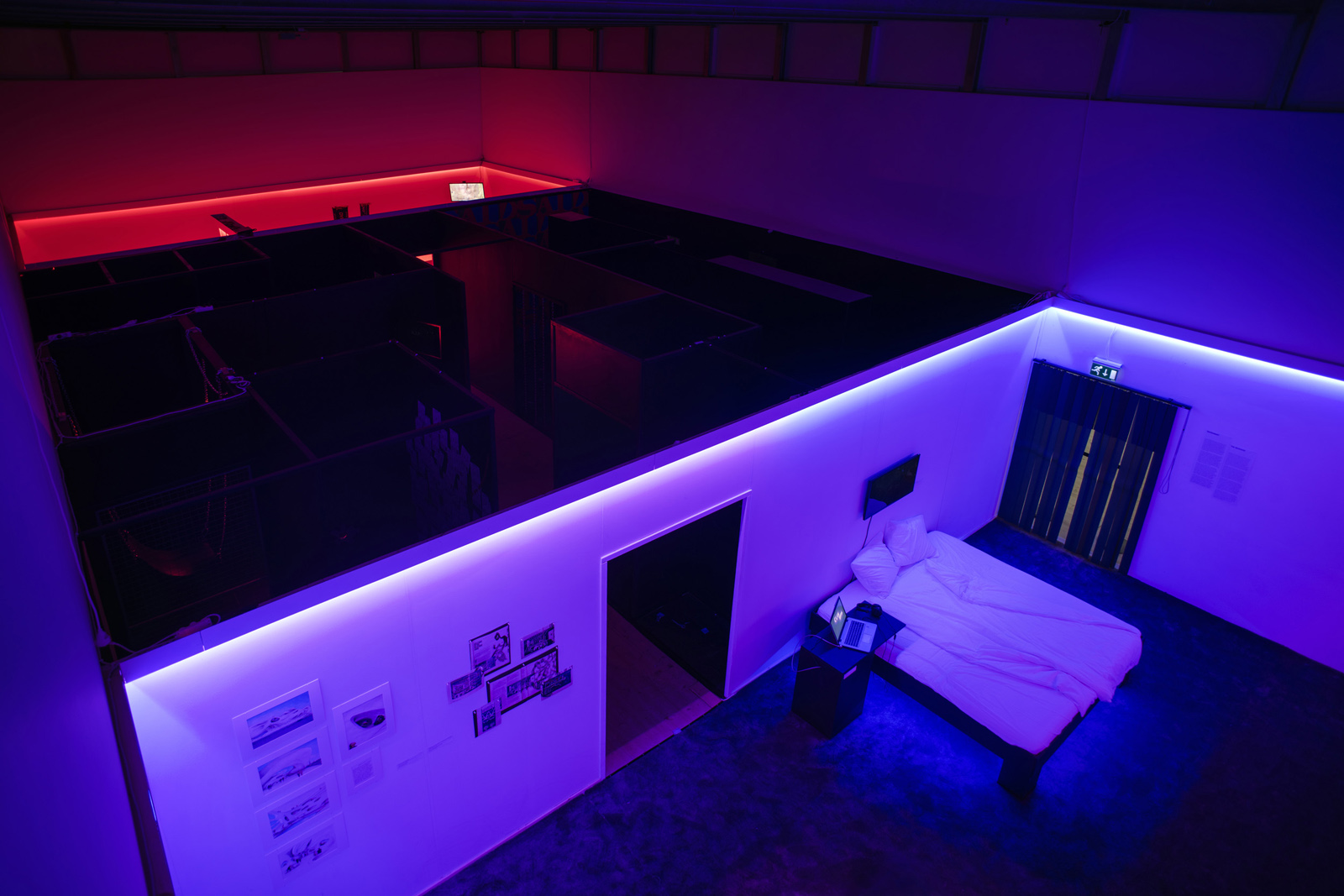 Presenting the many facets of cruising culture through the work of international architects, designers and artists, Cruising Pavilion explores a sexual and spatial practice that spans historical and contemporary culture. The combination of digital hook-up apps, urban development, and the commodification of LGBTQ+ (Lesbian, Gay, Transgender, Bisexual and Queer +) cultures means that traditional cruising grounds are continually adapting. Geospatial technologies have generated a psychosexual geography that spreads across digitally-connected homes and profiles.

The exhibition presents cruising as the producer of a non-hetero architecture that closely mirrors the patriarchal nature of the built environment. Cruising is at once revealed as a resistance, an avant-garde and a vernacular, with an active relevance in and beyond LGBTQ+ circles.

Cruising Pavilion at ArkDes is the culmination of two years of research. Previous exhibitions of the project in Venice, Italy (Spazio Punch), and New York City, USA (Ludlow38), have explored the different directions by which cruising practices have evolved. In this third and final edition, Cruising Pavilion focuses on the intersection of sexuality and the architecture of the city. 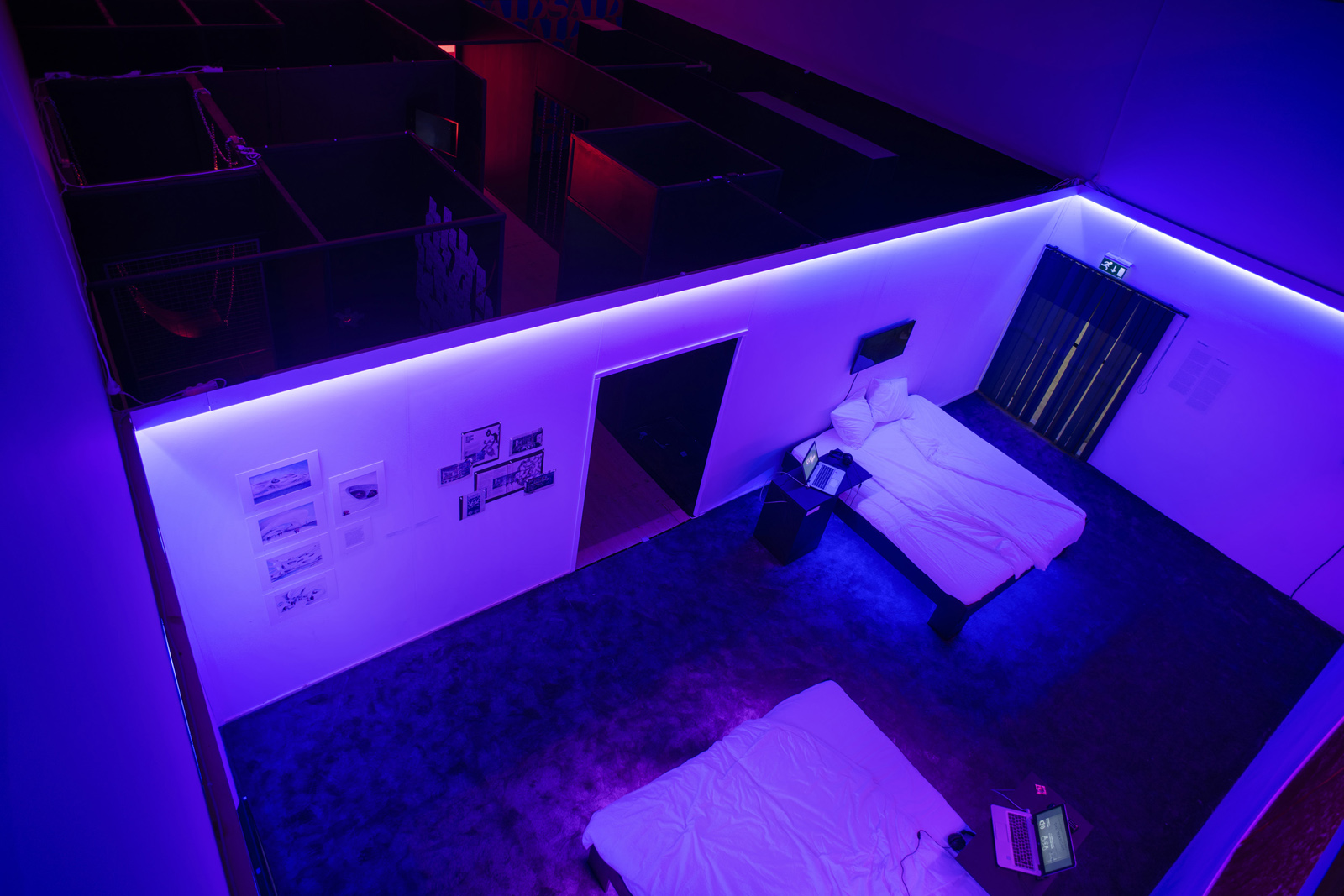 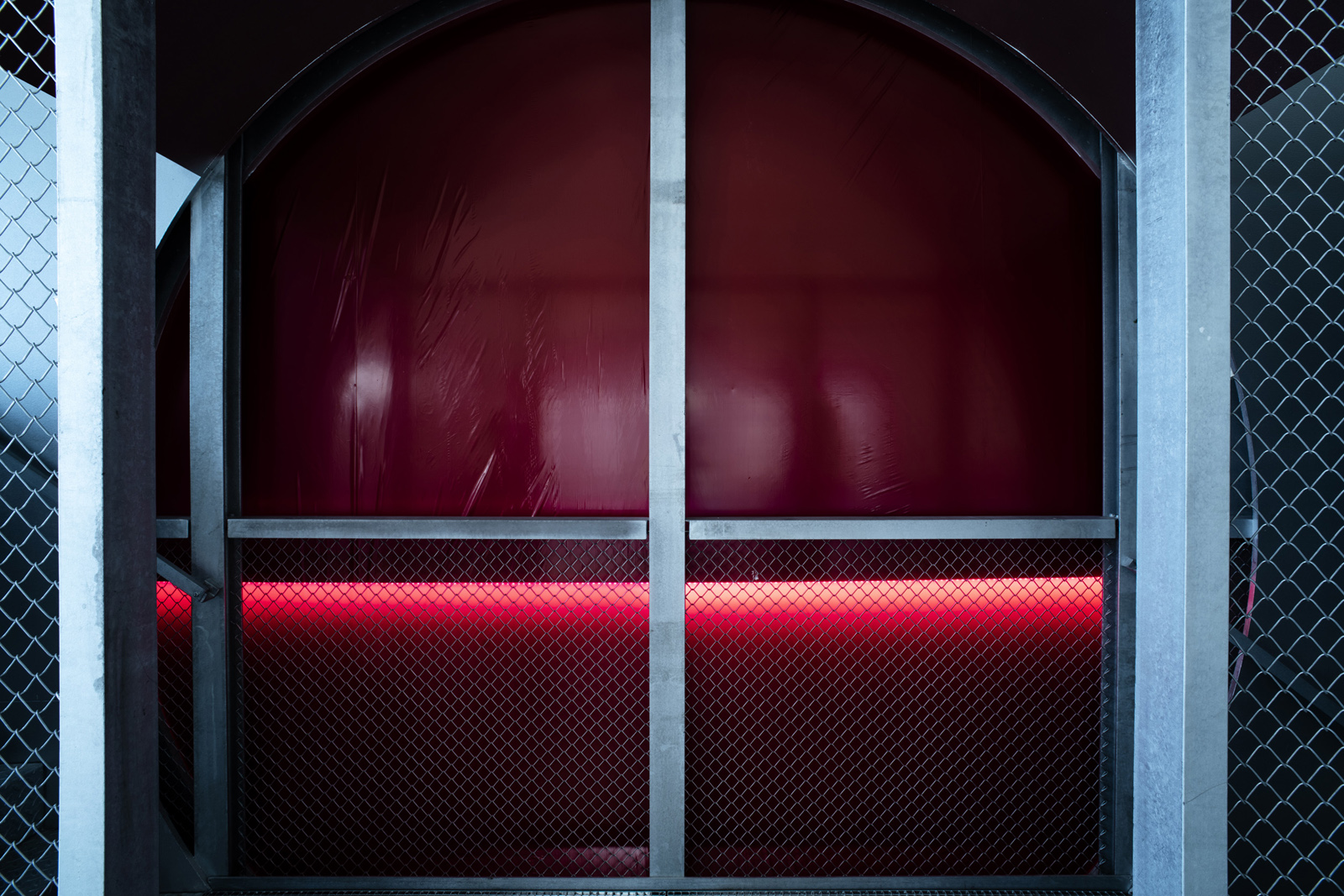 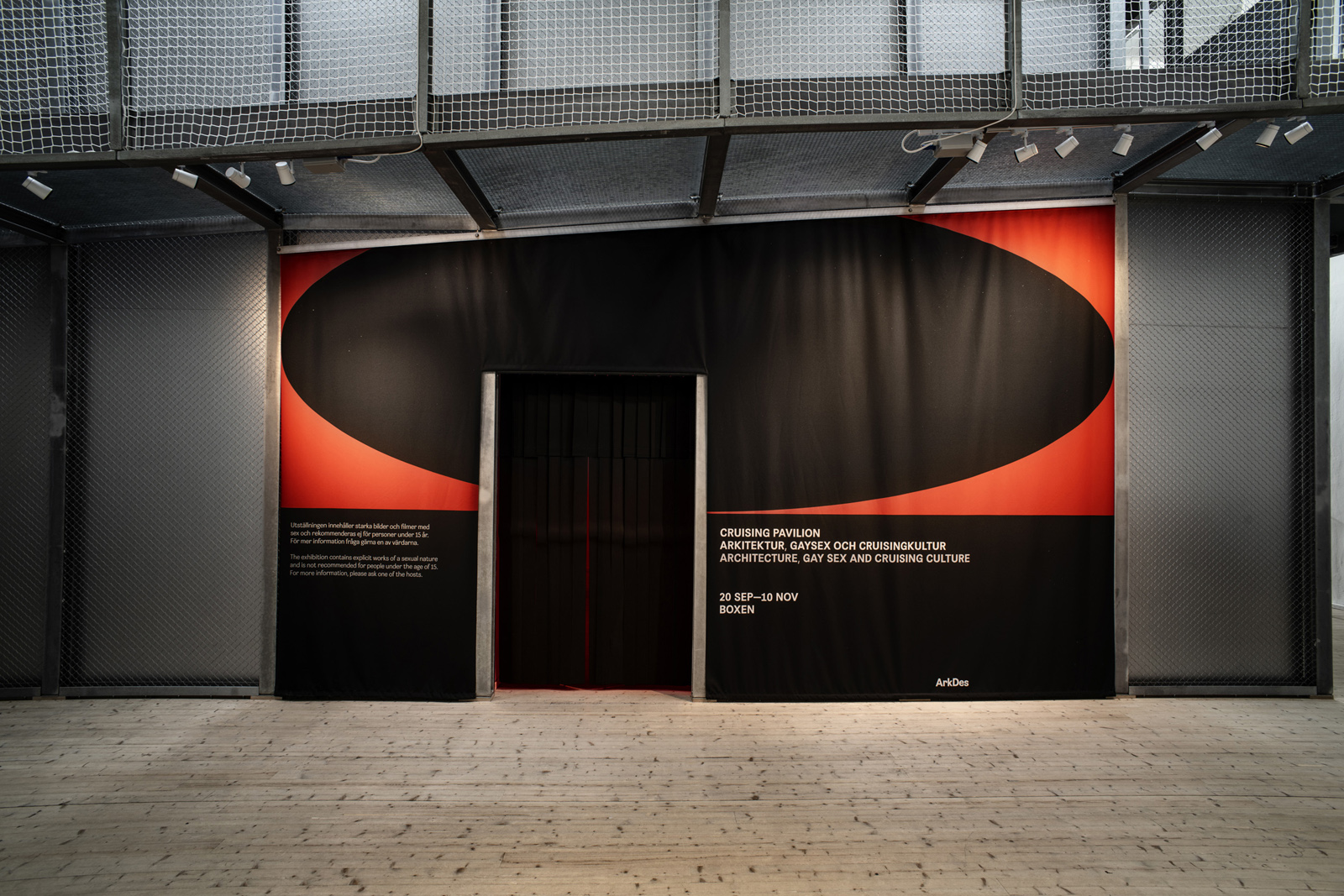 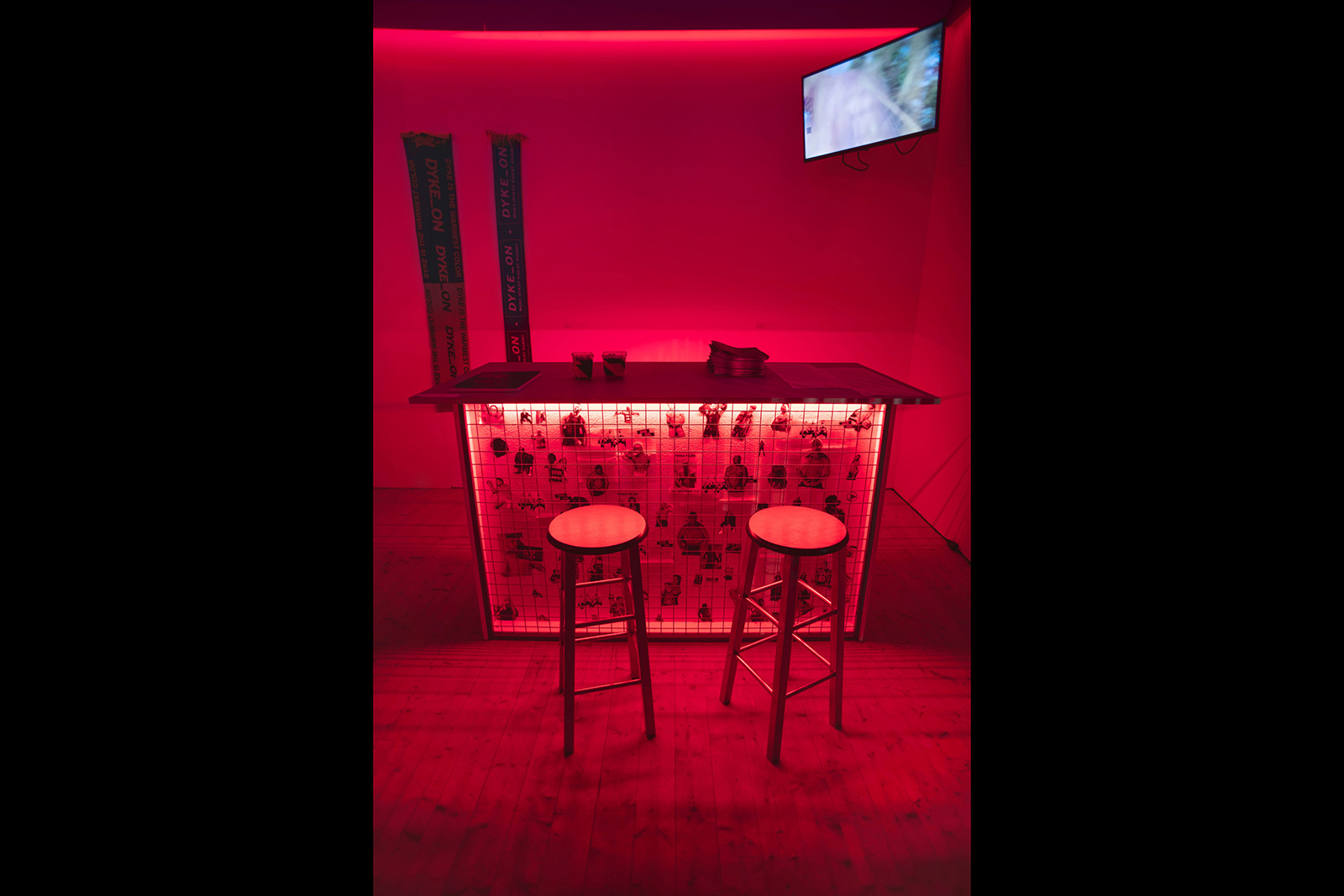 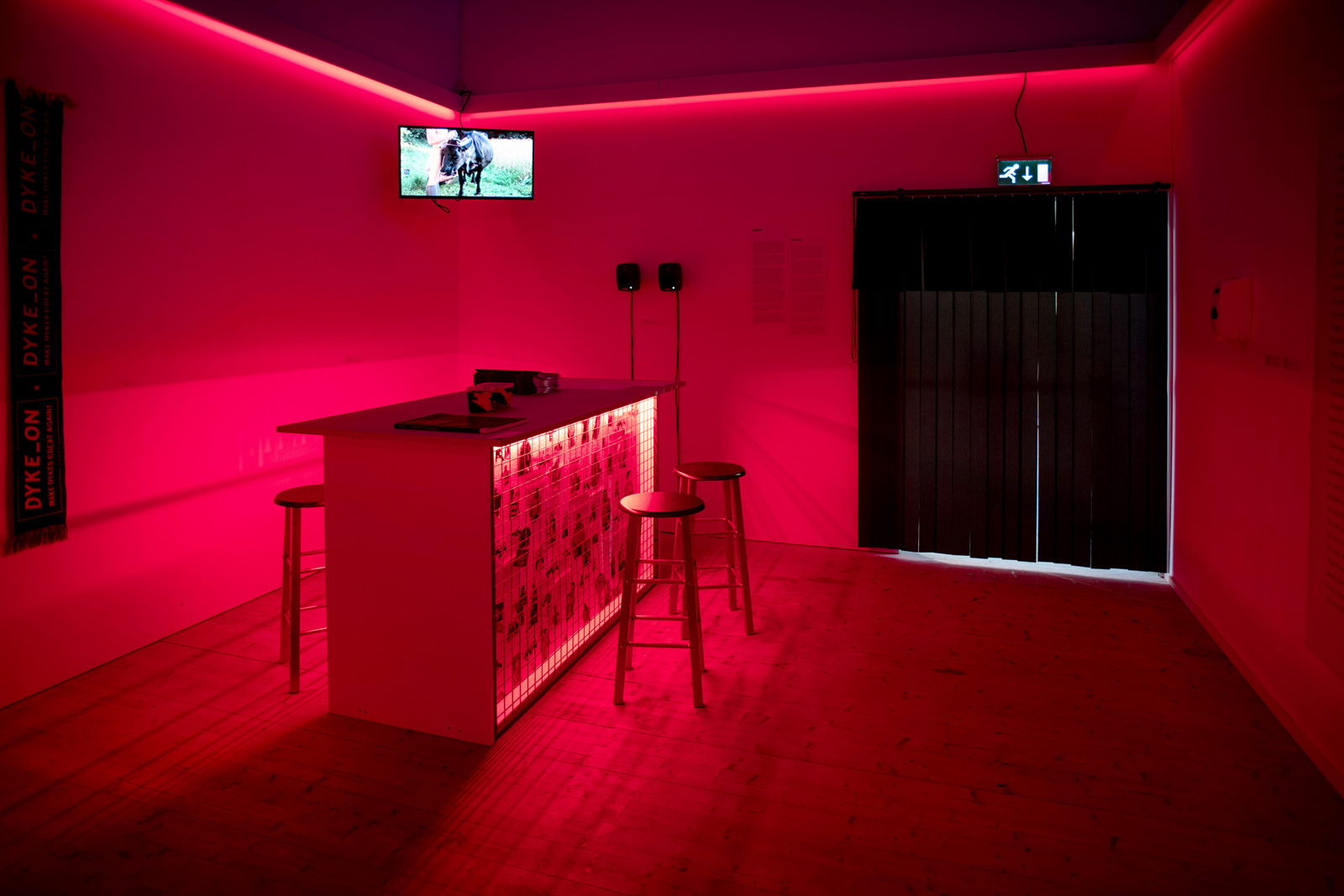 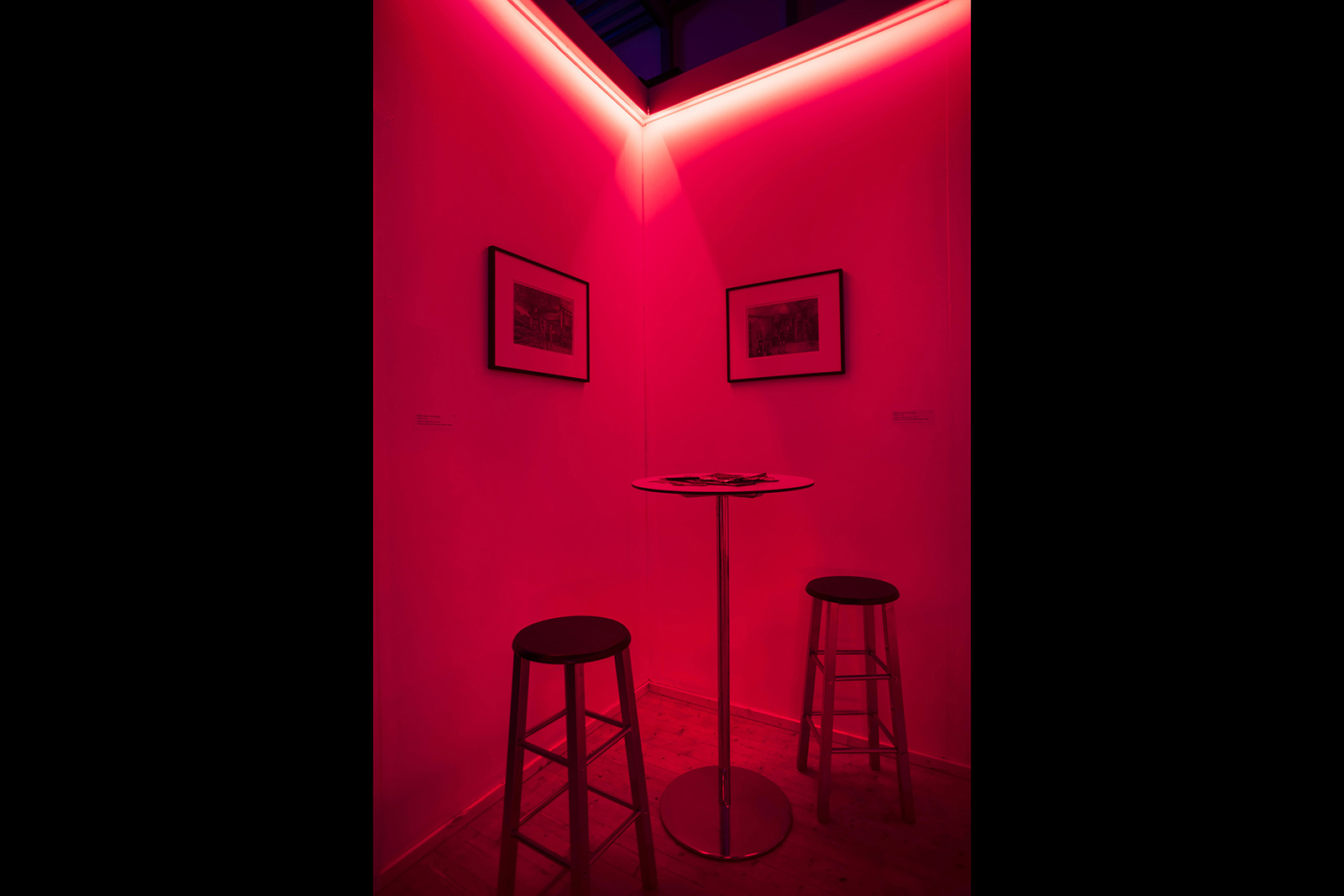 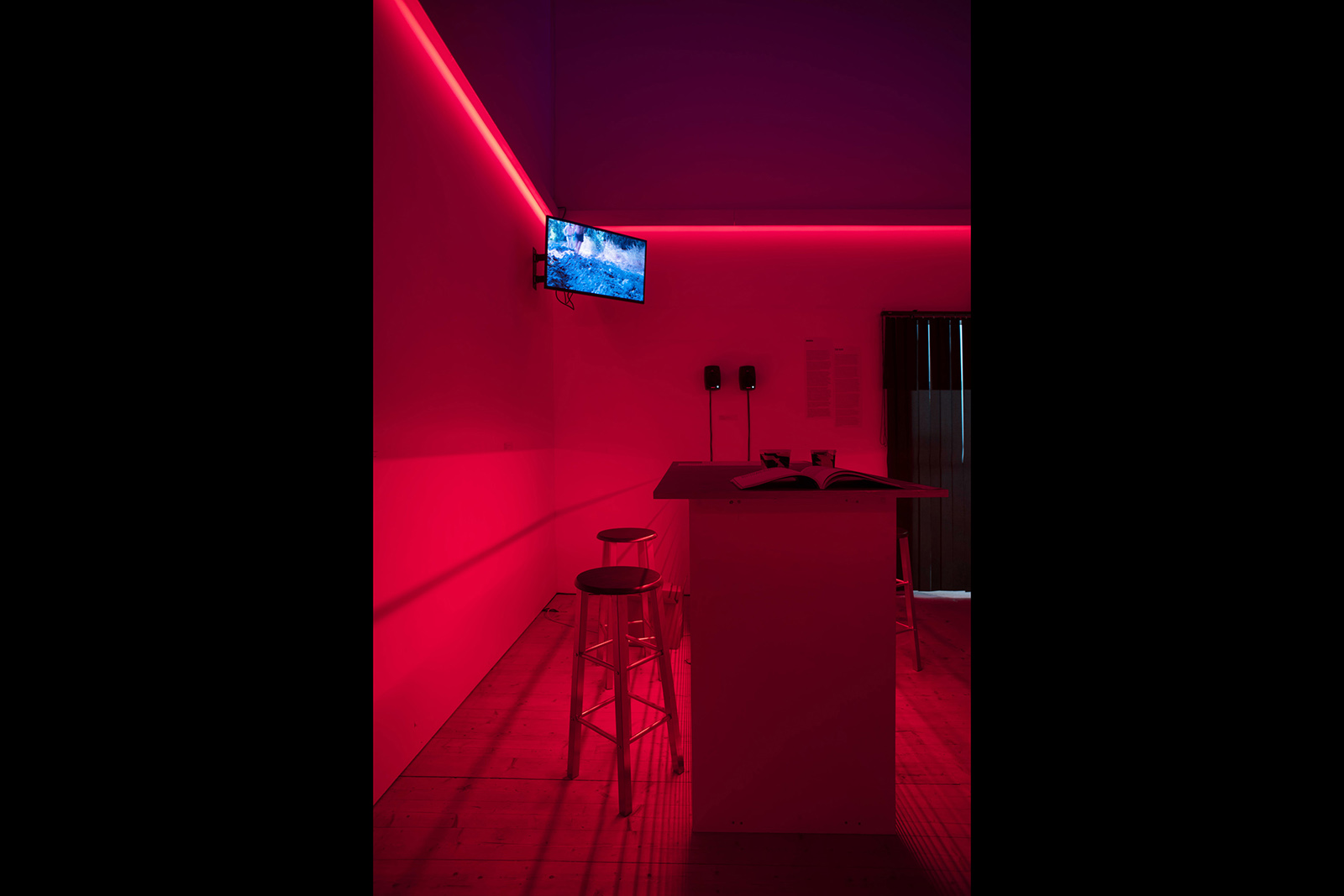 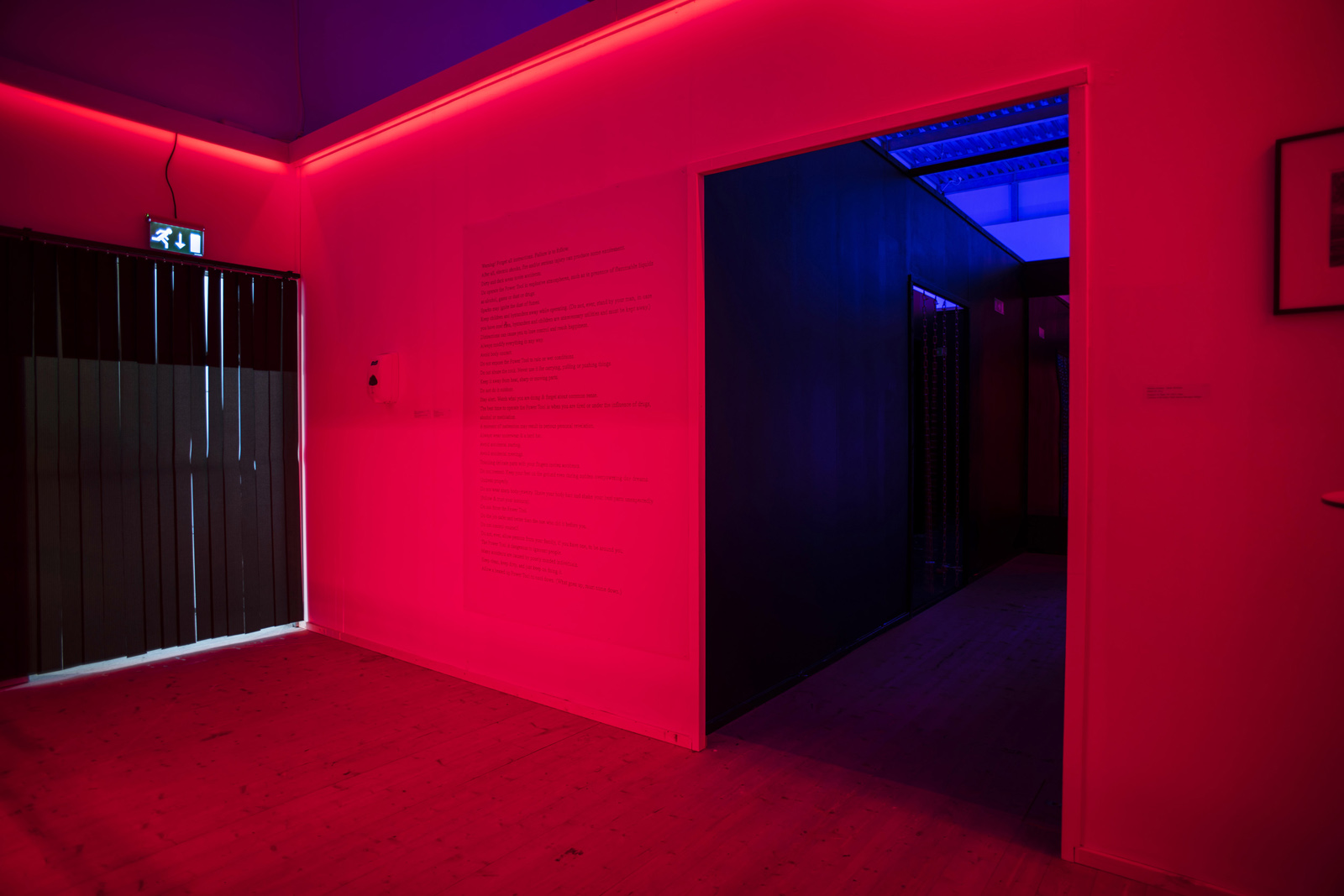 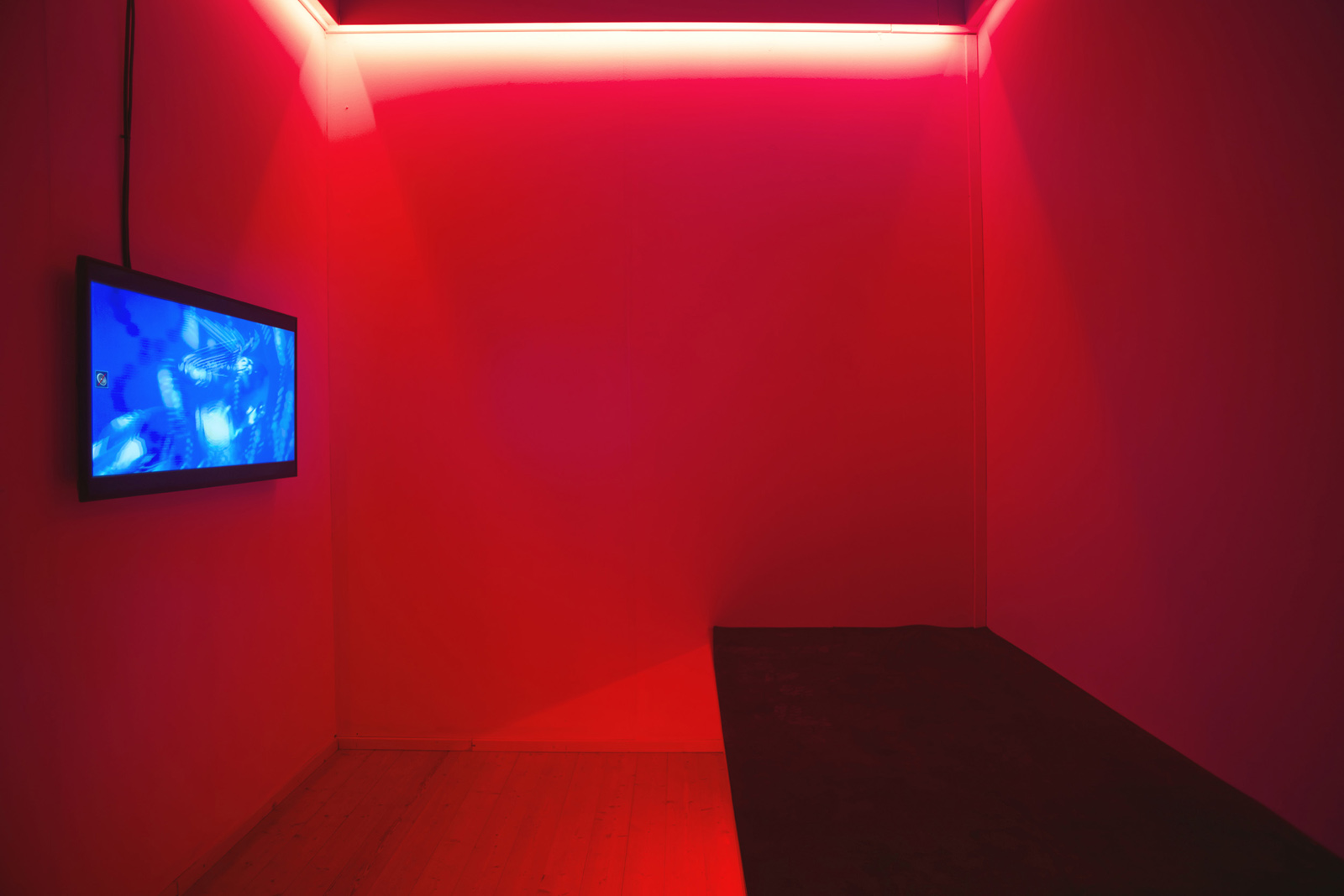 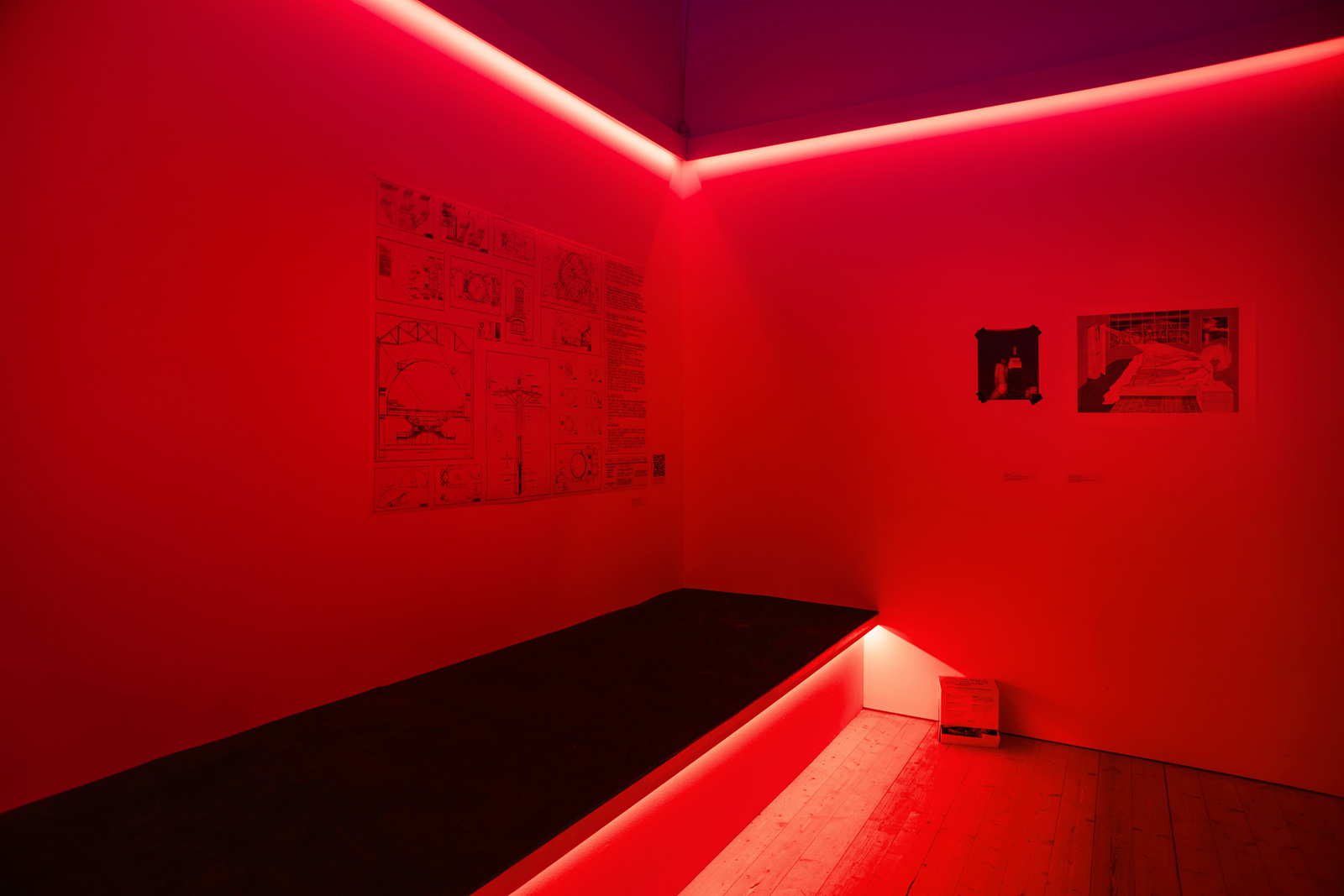 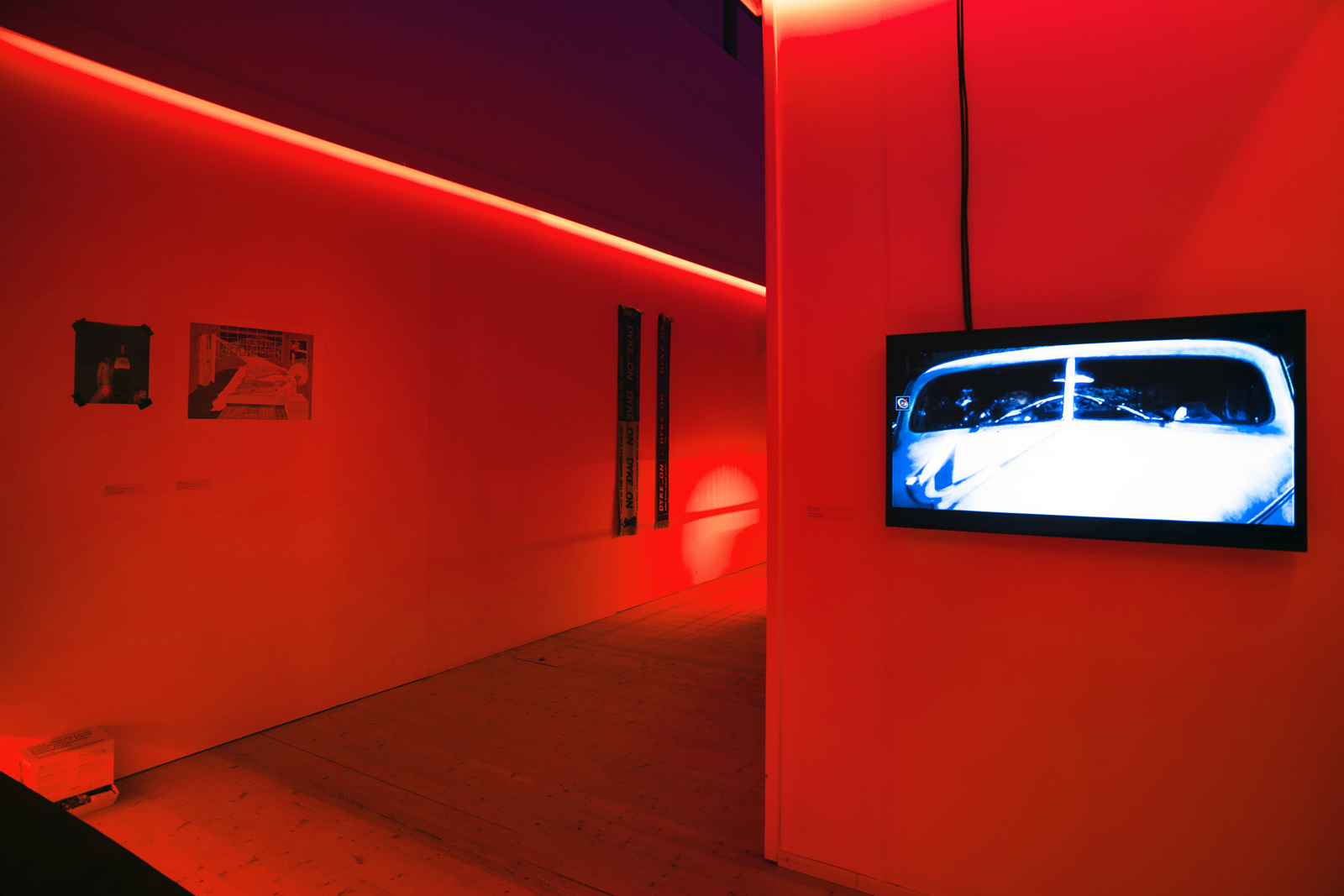 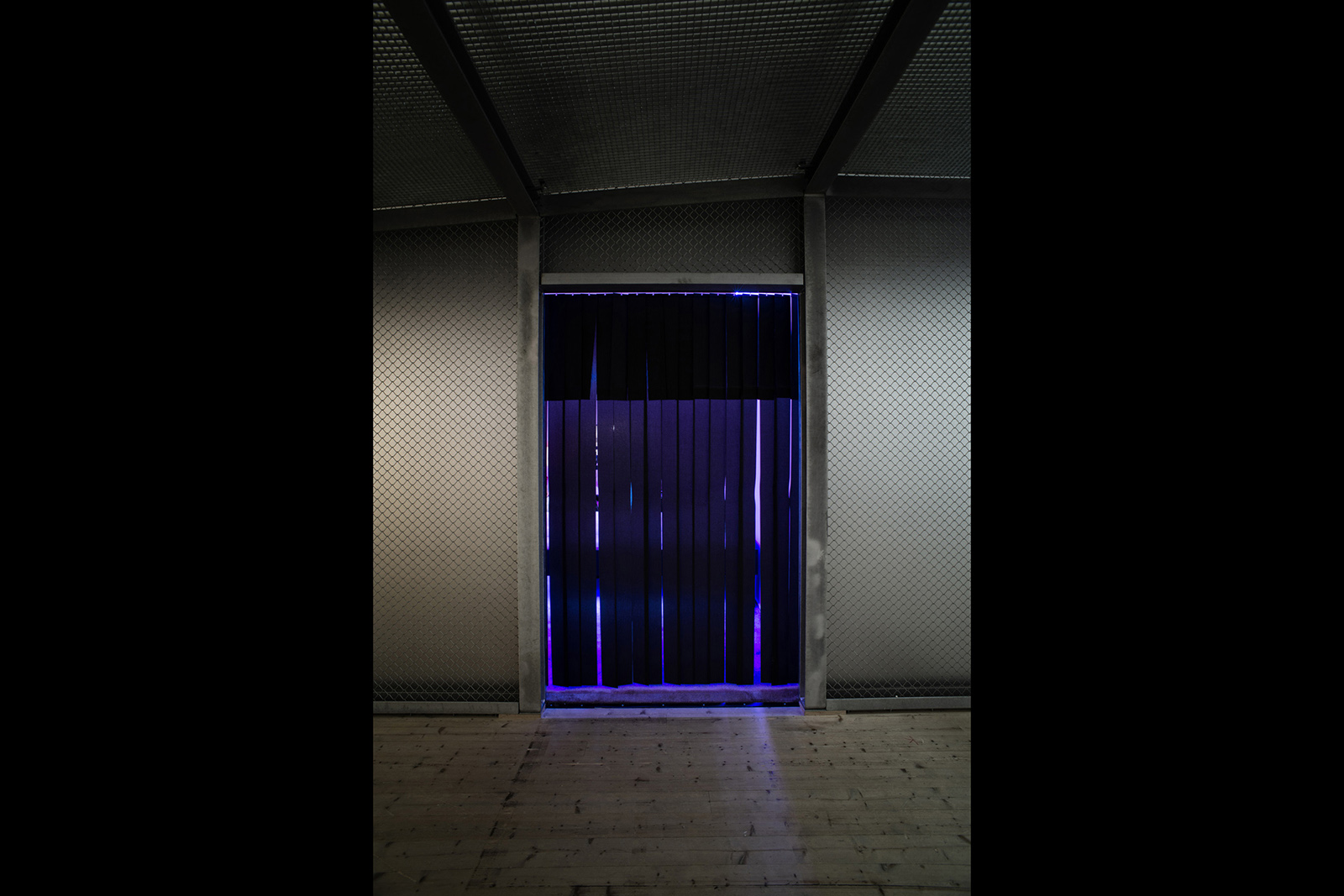 Download the booklet that accompanied the exhibtion, with texts on each contributior and contribution, a foreword by Kieran Long, an exhibtion map, and an introductory text for each section of the exhibition. 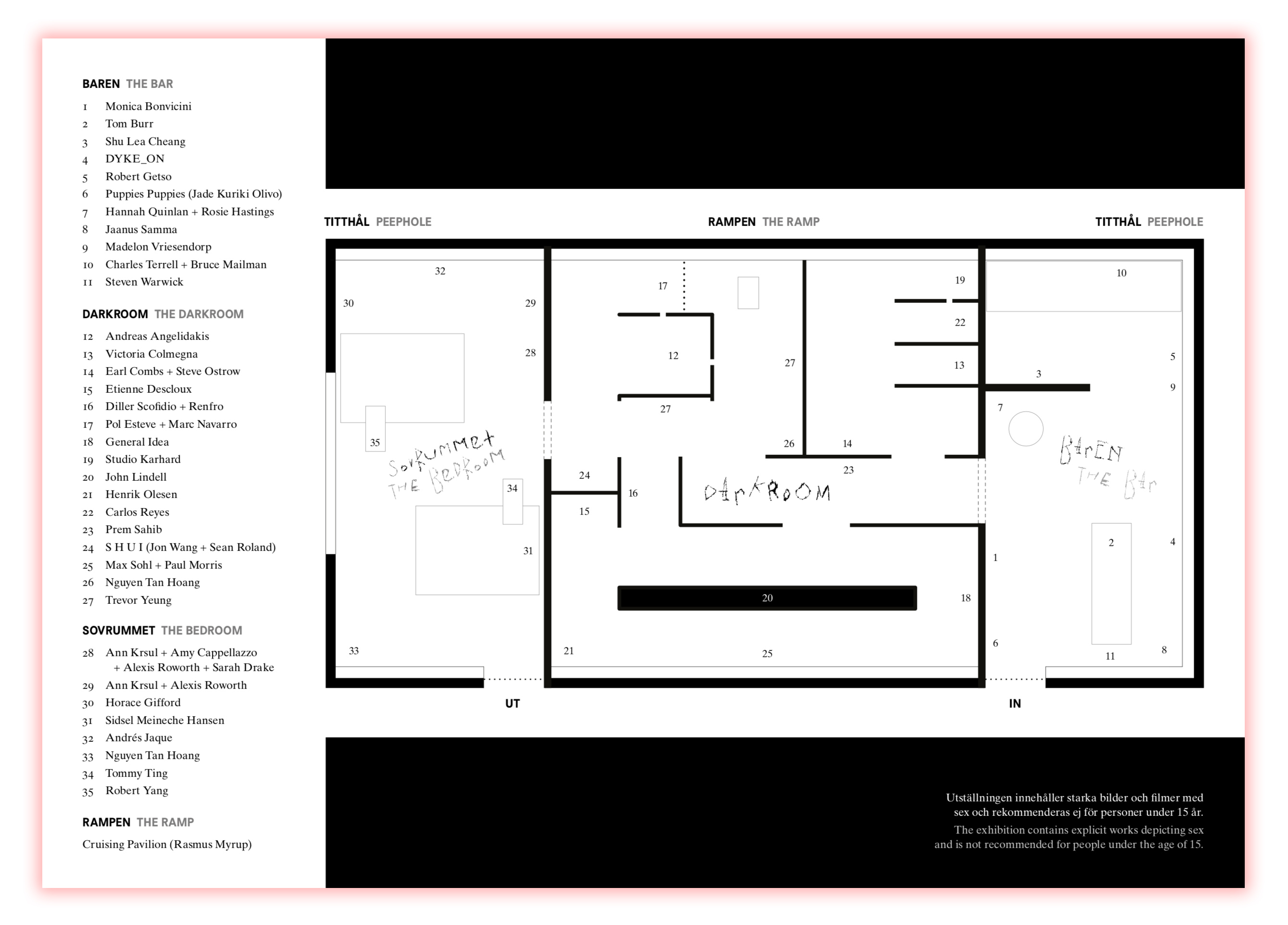 The first chapter of Cruising Pavilion opened in parallel to the 2018 Venice Architecture Biennale. The exhibition presented different understandings of cruising by looking at the various spaces and architectures that are either appropriated, like public sites, or designed, like sex clubs and dating apps. ‘Cruising’ usually describes the quest for sexual encounters between homosexual men in public or dedicated spaces, but it cannot be reduced to either men or gays. From this intricate and changing relationship between cruising, sexuality and space, Cruising Pavilion, Venice investigated the different directions in which cruising practices have evolved.

Cruising Pavilion, New York looks at the city’s conflictual architectures of cruising, both lost, living and potential. Has New York become the puritan heaven described by some? While the Venetian version of the project connected minimal art with BDSM and architecture, this chapter is rooted in the libidinal history of club culture. The de-sexualization of disco and house music and their mutations into the official anthem of ‘happy globalization’ have obscured their origins, which were notably embodied by the Continental Baths in the basement of The Ansonia Hotel in New York City. Founded in 1968 by Steve Orlow, it comprised of a dancefloor, a cabaret lounge, sauna rooms, steam rooms, a roman swimming pool, an upscale restaurant, a hair salon, 400 individual rooms, two large orgy rooms, and an STD clinic. This sexual power plant hybridized the French discothèque model with the social ambitions of Soviet workers’ clubs breaking social hierarchies in order to generate unplanned bodily collisions and release a critical dose of sweat, sperm, and saliva. Since then, New York has been the ‘Teatro Olimpico’ of architecture’s sexual experiments—from Fire Island’s woodclad sex havens of the ‘60s to The Saint’s kinetic pleasure dome of the ‘80s and the Lesbian Xanadu manifesto of the ‘90s, the metropolis applied the culture of congestion to dissident bodies, and injected poppers and LSD directly into the sensual production of space.

Cruising is the thermometer of metropolitan health. Following Charles Jencks’ definition of postmodern cities as machines for sustaining difference, it appears that the relation between the metropolis and cruising is crucial for measuring its capacity to host and generate new ways of thinking, loving, living, belonging and allying. Eat, pray, love like Henri Lefebvre! Sadly, the recent hygienization of New York’s sex culture has reached an urbanistic climax that has led the city to metabolize its own sexual monuments to AIDS and cruising, like the piers. Moreover the privatization of its sexual future is delegating cruising to corporations—homogenizing sexual fantasies, fetishes and practices. It is urgent for architects, artists, programmers, game designers, and activists to invent new sexual strategies for continuing New York’s cruising experiments. To think along the lines of Paul B. Preciado, it seems vital to perform increasingly intricate gender cut-ups, build sexual constructivist montages and appropriate body normative dating apps to create new forms of queer situationist dérives. Re-deploy imaginations of desire! Re-occupy public spaces! Re-engage radical hospitality! Cruising Pavilion, New York believes that cruising is not obsolete and that public sex remains a laboratory for political futures and spaces.

Cruising Pavilion, New York is produced in collaboration with Ludlow 38’s curator-in-residence Franziska Sophie Wildförster. It is the second chapter of the curatorial project on gay sex, architecture and cruising cultures by Pierre-Alexandre Mateos, Rasmus Myrup, Octave Perrault and Charles Teyssou. The third and last edition will take place in the Autumn of 2019 at ArkDes in Stockholm, Sweden.

Download the booklet that accompanied the exhibtion, with texts on each contributior, the press release and an introduction by Franziska Sophie Wildförster. The booklet was layouted and typeset by Bruno Mokross. 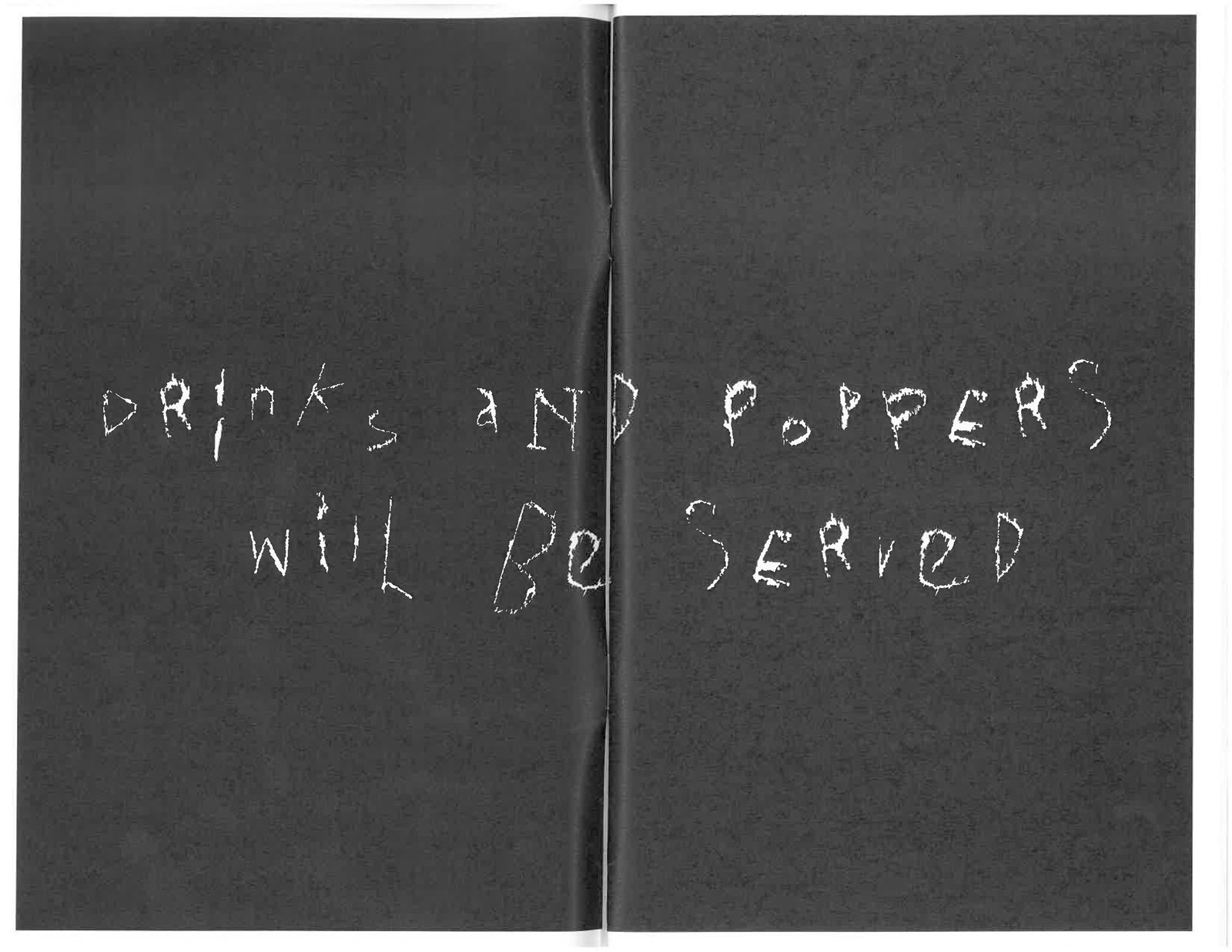 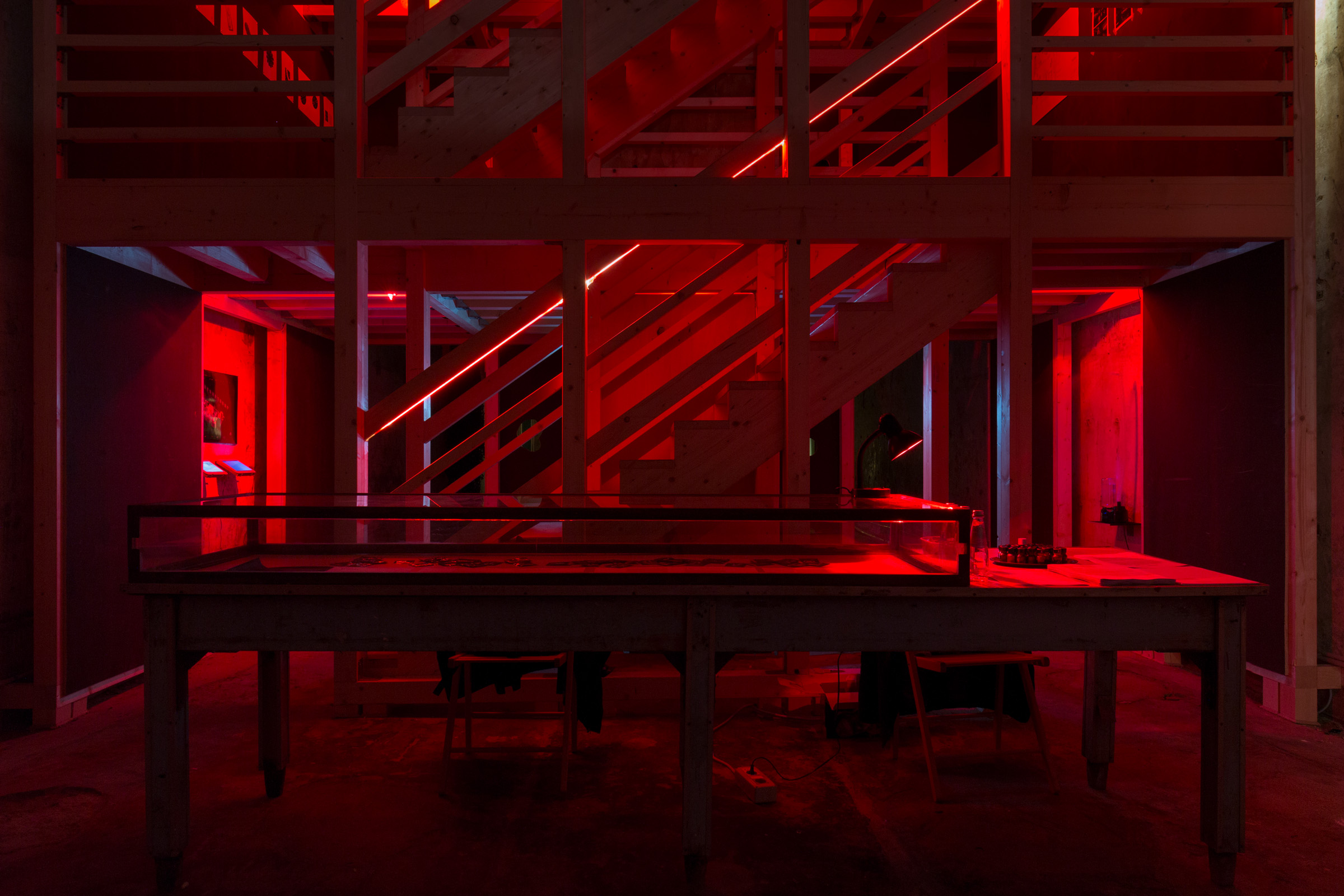 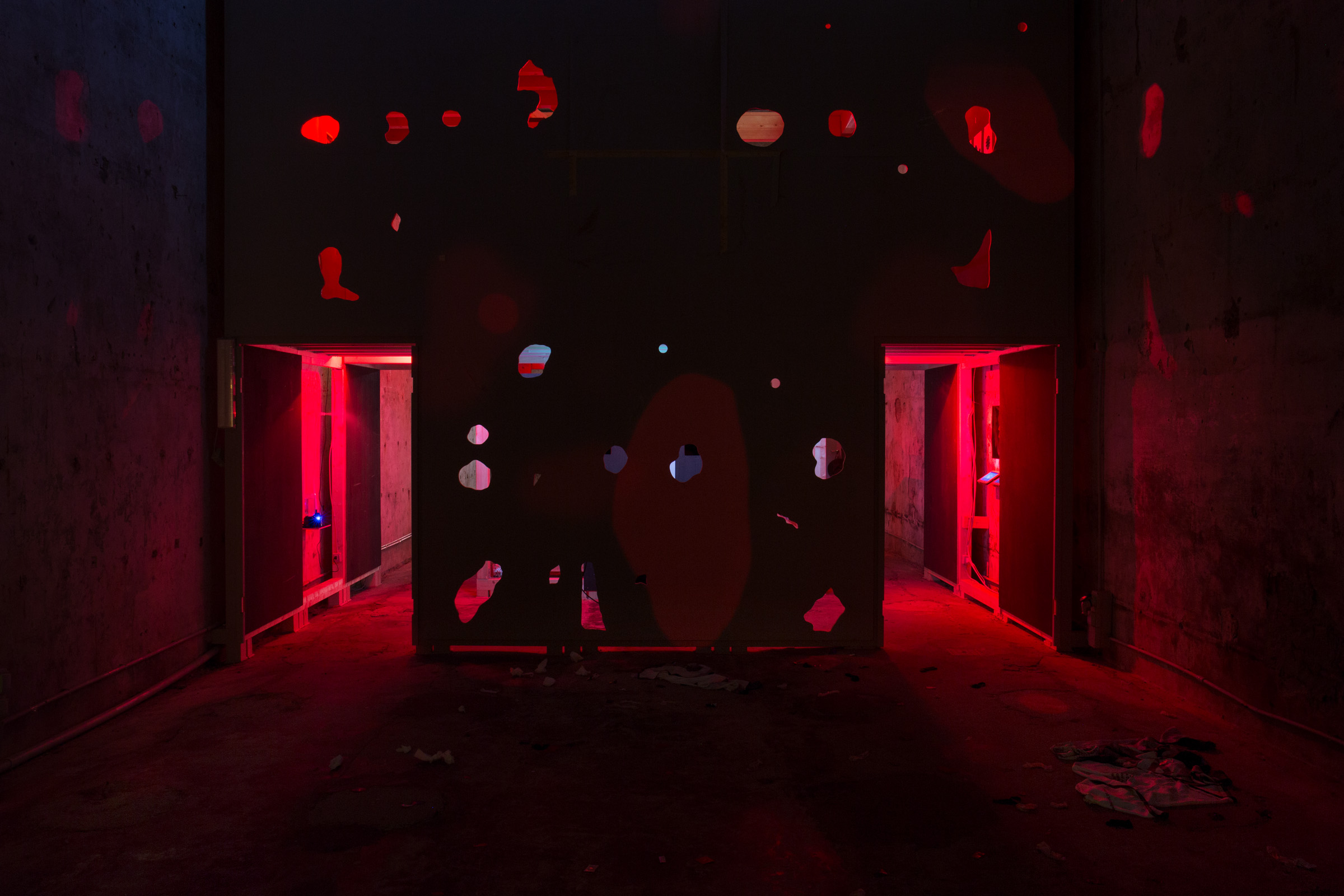 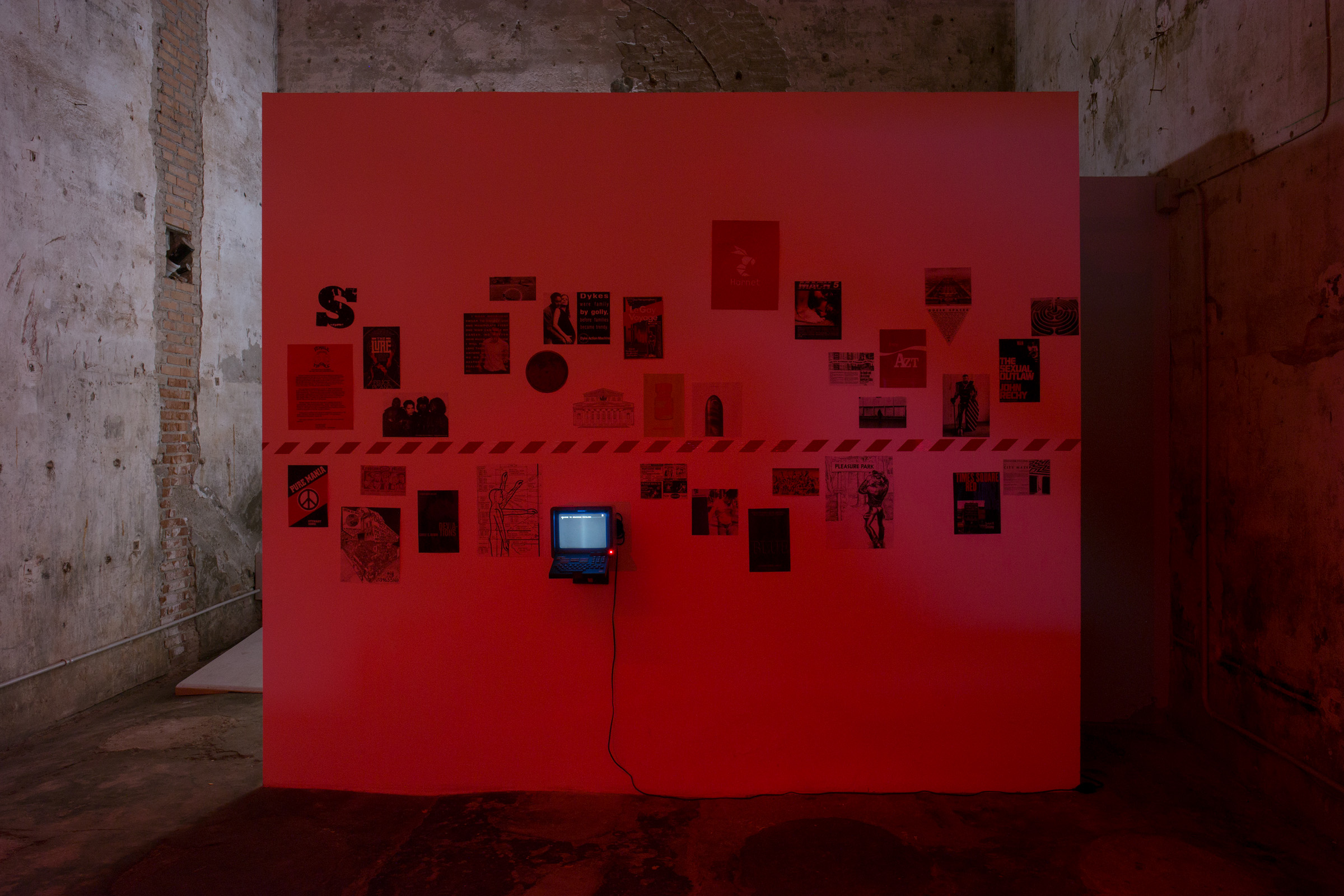 Cruising usually describes the quest for sexual encounters between homosexual men in public spaces, but it cannot be reduced to neither men nor homos. This sexual practice generally takes place in public sites like parks, toilets, and parking lots, or in dedicated establishments like bathhouses and sex clubs.

By featuring contributions from artists and architects, the Cruising Pavilion wishes to highlight the failure to consider Freespace as defined by this edition of the Venice Architecture Biennale, without questioning the hetero-normative production of space itself. Architecture is a sexual practice and cruising is one of the most crucial acts of dissidence.

The Cruising Pavilion is a project curated by Pierre-Alexandre Mateos, Rasmus Myrup, Octave Perrault and Charles Teyssou that will take place at Spazio Punch in Venice, Italy from the 24th May to 1st July, during the 16th Venice Architecture Biennale. It is produced in collaboration with Spazio Punch.

Since 2011, Spazio Punch has been a non-profit Venetian organization on the Giudecca Island that promotes contemporary culture through events, exhibitions and talks.

The Garden of Eden used to be the notorious Venetian cruising ground from the end of the Belle Époque until the Second World War which particularly marked French and Italian literature. It was visited by Anna de Noaïlles, Eleanora Duse, Baron Corvo, Walter Sickert, Jean-Louis Vaudoyer, Gabriele d’Annunzio; it was cruised by Rainer Maria Rilke, Henry James, Marcel Proust and Jean Cocteau; and has been fantasized about by Renaud Camus, the author of the famous cruising novel Tricks (1979) prefaced by Roland Barthes. 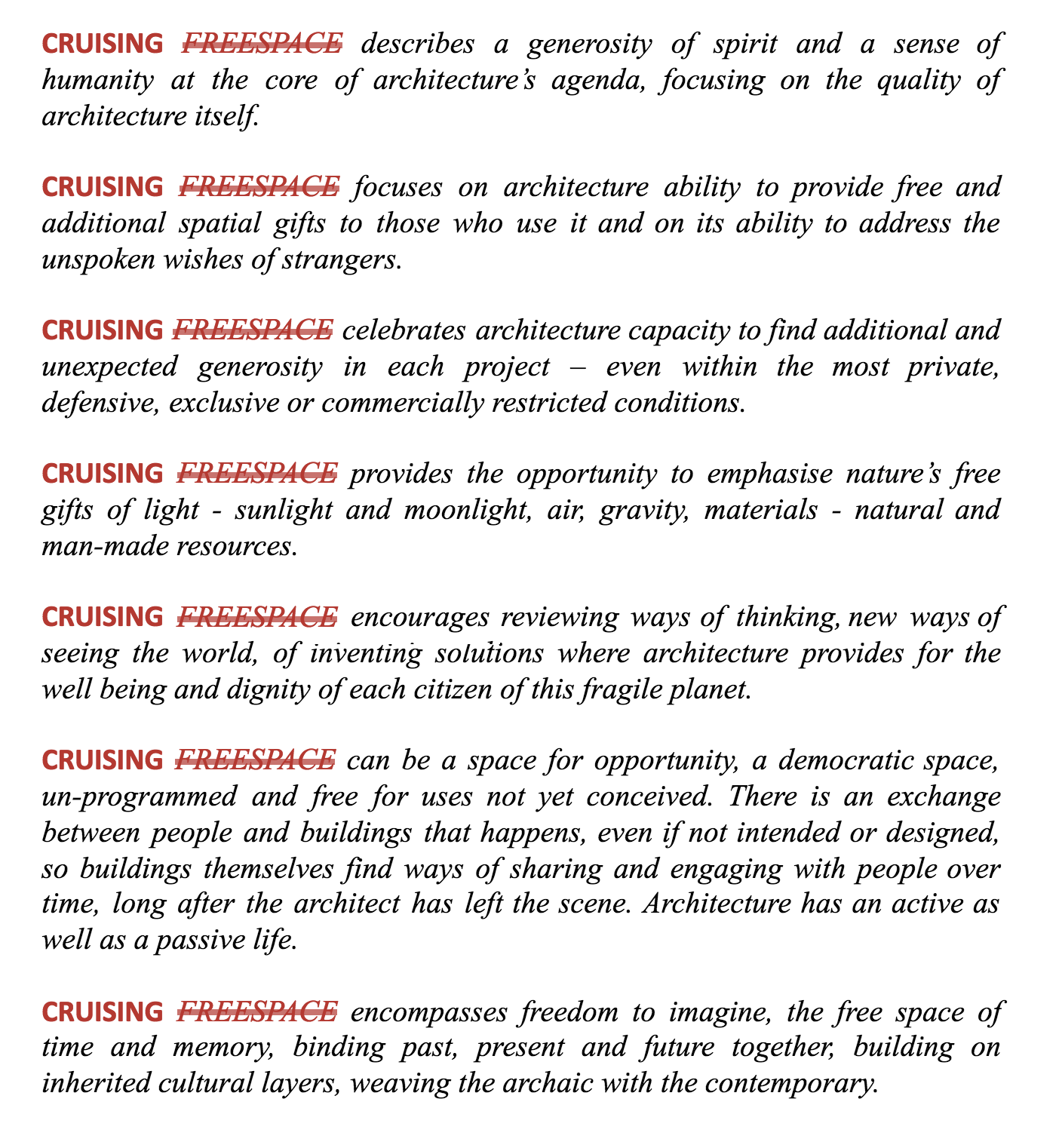 The Cruising Pavilion made a few urgent revisions to the statements on “Freespace” made by the curators of the 16th International Architecture Exhibition​, Yvonne Farrell and Shelley McNamara:

Cruising Pavilion is a curatorial project about the architecture of gay sex and cruising culture.

It was initiated in Paris, during Winter 2018 by Pierre-Alexandre Mateos, Rasmus Myrup, Octave Perrault and Charles Teyssou on the occasion of the 16th Venice Architecture Biennale.

Octave Perrault, b. 1988, France, is an architect and writer